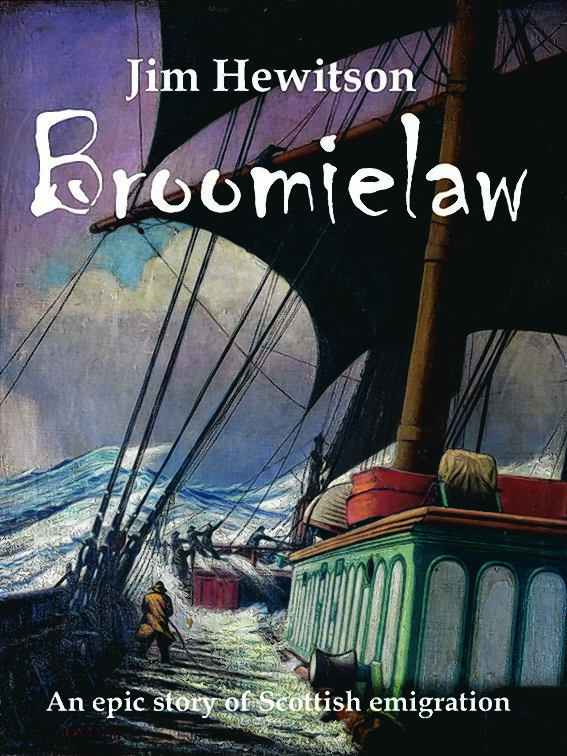 Orkney-based author Jim Hewitson turns back time for his latest outing, Broomielaw which tells the story of a group of 19th-century Scottish emigrants sailing from the Clyde to start a new life on the other side of the world.

They were infused with anxiety, anticipation and a sense of adventure, not only for the epic sea voyage which could take up to four months but also for the life that lay ahead of them at journey’s end.

This substantial e-book is divided into three parts: Embarking, Surviving and Arriving, looking in sequence at the often dramatic forces which precipitated the decisions of the principal characters to leave their homeland; the rigours of the 10,000-mile voyage Down Under and finally their dramatic arrival on the Australian shore.

Into this novel are woven dozens of sad, sinister and ultimately inspiring stories and characters – Innes Macaulay, the blind, former Lanarkshire coal miner with his wife and boys; Gilchrist the Borders shepherd and his enigmatic and self-assured wife Maggie; the Broomielaw’s villainous surgeon-preacher Elija Shade; William Bigland the youngest son of an island laird, his girlfriend Queenie, Walter Lumsden the haunted emigration agent and Jack Zurich stand-in skipper of the clipper ship/emigrant vessel.