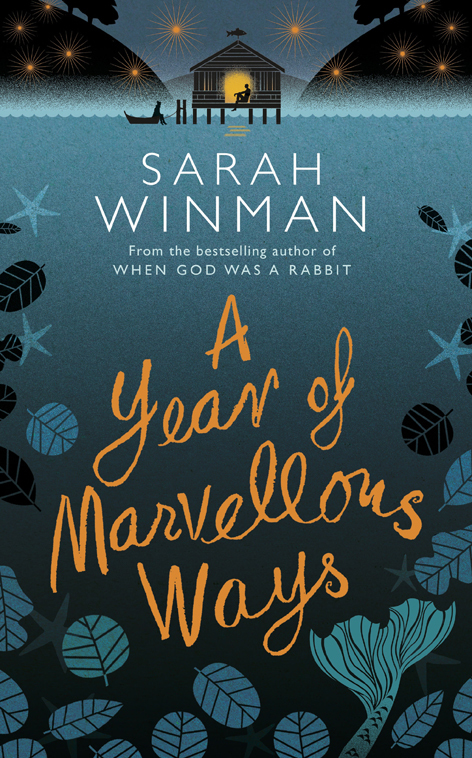 If the name Sarah Winman rings a bell, it will be because of her phenomenally successful debut, When God Was A Rabbit, published in 2010. So this follow-up has been long anticipated – and it is with some relief I can say it lives up to expectations.

In 1947 Cornwall, Marvellous (an 89-year-old woman) is waiting – “not for death, as you might assume”, but for something she senses is coming. This is the first hint of the magical realism that pervades the novel – we later hear of Marvellous’ mermaid mother, and (a personal favourite) of Peace, who bakes loaves in which you can taste her moods.

Though just the phrase ‘magical realism’ is enough to put some off, here it works: there is a real grounding in reality, the stories are touching, but the twist lent by these quirks lends a joyful, fairytale element (complete with a trip to the woods).

When the ‘something’ Marvellous has been waiting for arrives, it is in the form of Francis Drake: a young soldier returning from war to deliver a crucial letter, who finds and loses his love. In Francis, Marvellous recognises a broken young man, so sets out to heal him using stories, telling the tales of the three loves of her life in a poetic and deeply moving way, the present peppered with stories of the past.

The only real downside to this novel is the, at times, disorientating way it’s told. No speech marks, and a somewhat experimental form can take some getting used to, and though this meandering style suits the story, it can become distracting.

Style aside, this is ultimately a lavish and clever read which will stand the test of time – Marvellous is a character you will want to spend time with.

Tullow Oil and Total have started the process to sell part of their stakes in oil discoveries in Kenya, said people familiar with the matter.

The Norwegian government can hand out oil drilling licences in the Arctic, a court has decided.

Norwegian energy giant Equinor has agreed a deal for the construction of a North Sea carbon-free supply vessel that will be fueled by ammonia.

Total signs on for Nigerian LNG

Total Gas & Power has signed a sales and purchase agreement (SPA) with Nigeria LNG (NLNG) for 1.5 million tonnes per year.

ADM Energy has set out plans to secure deals in Nigeria and Africa, matching under-developed assets with new sources of financing, including oil traders.

Book review: A Year Of Marvellous Ways by Sarah Winman