Bill Forsyth’s international hit film Local Hero had a massive impact on Aberdeenshire in the 1980s.

As the brand new musical stage production enjoys its world premiere at the Royal Lyceum Theatre Edinburgh, we uncover some interesting local facts about the iconic film.

Famed for its stunning landscapes and best-selling soundtrack, the movie showcased Pennan and Banff at its best, from its seascapes to its people.

Now the iconic film, which starred Hollywood names and rising Scottish stars, has been adapted for the stage for the first time – almost four decades since the original movie was made. Bill Forsyth and Mark Knopfler have teamed up with David Greig and John Crowley to create the magical theatre production of Local Hero, showing at Royal Lyceum Theatre Edinburgh until May 4.

For more information and to book tickets, click here.

Just before you dash off to book your seats, here are a few Local Hero facts that you may not know:

Harbourmaster Baden Gibson (pictured above) starred as an extra in Local Hero alongside Burt Lancaster and Peter Capaldi.

Mr Gibson was harbour master for 40 years until he passed away at the age of 67 in November 2016. He spent his entire life in Pennan and became the village’s longest-standing resident, when his mother moved away.

After being cast as an extra in the film, Baden campaigned for Pennan to be used in more TV and film productions. He is fondly remembered by locals, one said: “When you think of Pennan, you think of Baden. He did his best to give back wherever he could and he became Pennan’s Local Hero.”

2. And Hollywood A-lister Michael Douglas didn’t – but he was desperate for a part!

Apparently Michael Douglas was so keen to take the lead role as Mac that he met writer/director Bill Forsyth in Los Angeles, and followed him to New York “as if he was passing through”, according to Local Hero producer, Iain Smith.

Iain said in a previous interview: “Bill is a wonderful, wonderful writer and Michael Douglas is no fool. He could see a winning script from a mile off and was very disappointed he didn’t get the part.”

Interestingly, Henry Winkler, who played the Fonz in Happy Days, also threw his hat into the ring, but it was Peter Riegert who won the part. 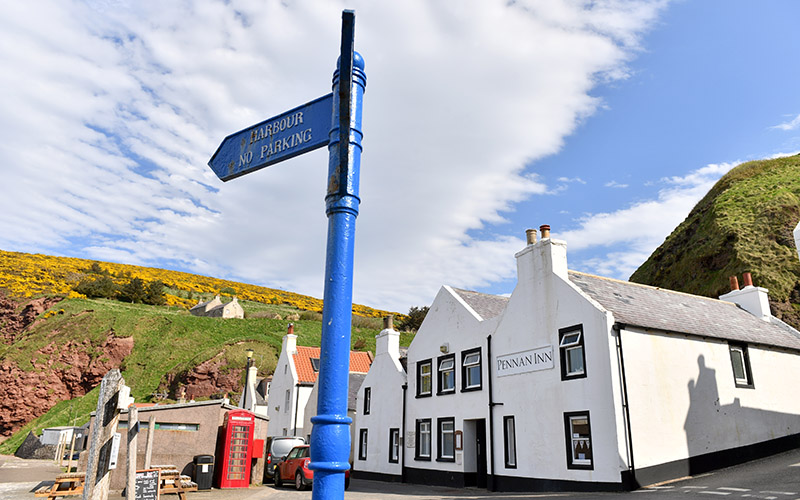 When you think of Gordon and Stella’s hotel in the film, you may conjure up an image of the Pennan Inn as it stands today.

In fact, the local hotel in the fictional village of Ferness, which became Mac and Danny’s temporary home, was just two houses joined together. The Pennan Inn, which did appear in many of the scenes, looks quite different and is further down the village.

The creative filming doesn’t stop there – the interior shots of the hotel’s bar were not even filmed in Pennan – they were shot in Banff almost 11 miles away!

4. The production company on Local Hero revamped a Banff bar

The Ship Inn, in Banff, doubled as the interior of the MacAskill Arms, but before filming began, the bar was completely renovated – by the production company.

The old bar at the Ship Inn was originally a long bar, but was remodelled and converted into a boat shape to resemble the bow of a ship, explained owner Margaretann Johnstone.

The Ship Inn is still very popular with tourists wanting to recreate the famous bar scene and quote the line “I’d make a good Gordon, Gordon”.

5. Scotland’s most famous phone box had a stunt double! 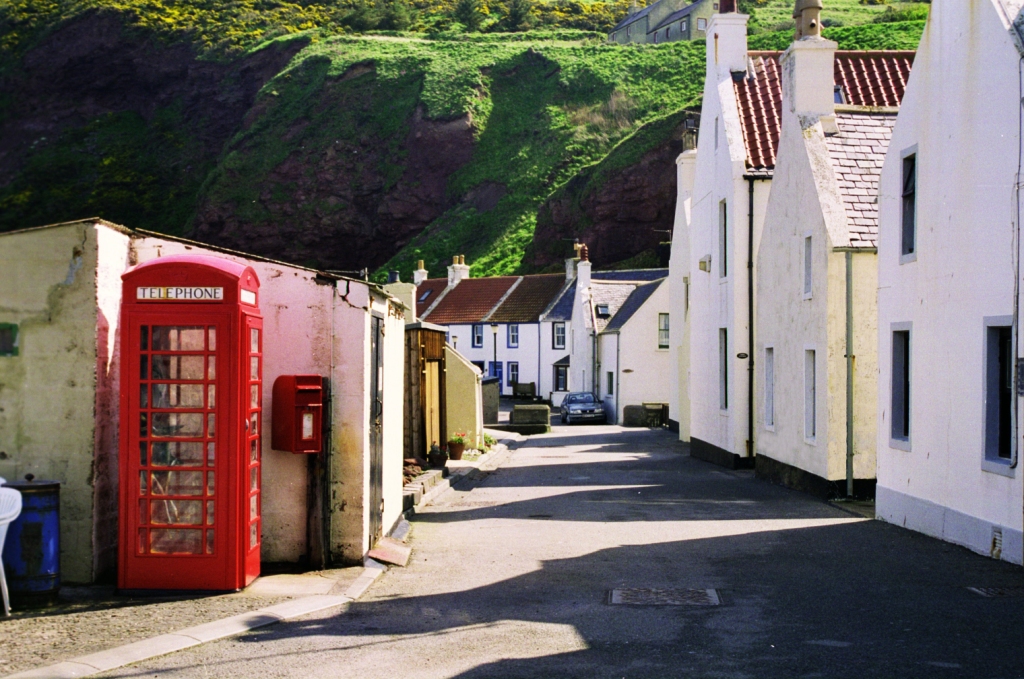 The red phone box that was Mac’s lifeline back to Houston in the film was custom-made out of wood for the production so it could be re-positioned nearer the beach, to make the most of the scenic location.

The actual red pay phone in Pennan (pictured above) is in a different location sheltered behind a shed down by the village’s waterfront. It is still there today and was granted listed status in 1989 – six years after the film was released. Visitors to the village still flock to the famous red phone box, but interestingly; most film fans don’t actually put money in to make a call like Mac did. Instead they call friends and family from their mobile and ask them to call the phone box number.

6. Star-gazing in the north-east has grown in popularity thanks to Local Hero

The skies above Aberdeenshire’s coastal areas are even more popular hotspots for stargazing – thanks to Local Hero.

Burt Lancaster’s character, Happer, was fascinated by astronomy and tasked Mac with keeping his eyes firmly on the night’s sky and to report any sightings of comets.

You may recall Mac excitedly describing the magical natural light show to Happer from the phone box?

Alex added: “Every year in Aberdeenshire we see the Northern Lights at some point, and because people associate the area with them and the film, it does attract a lot of visitors to the area.”

What’s more, the area is ideal for astronomy as there is very little light pollution so you don’t even need a telescope, it can be done easily with the naked eye.

7. Local Hero the musical stage production is already having an impact on the town

It may have been almost 40 years since the film was made in Pennan but it is still having an impact on tourism. According to Peter Simpson who owns the Pennan Inn, the new musical adaptation is already having a positive effect on visitor numbers.

Peter, whose Inn appeared in the film and sits just a stone’s throw away from the famous phone box, revealed: “We have hundreds of visitors every year because of the film, but there has been a recent surge because of the new musical.” Interestingly, during the filming of the 1983 film, the actors and crew actually stayed at the Pennan Inn.

*Local Hero at the Royal Lyceum Theatre Edinburgh until May 4. For more information and to book tickets, click the link here.

**With thanks to Aly Wight for the video

BP CFO Gilvary to retire after 34 years at firm