Aberdeen Maritime Museum has bought the original shipbuilder’s model of the crack tea clipper Thermopylae – the ship that was faster than the Cutty Sark.

The model, which was in its original and unrestored condition had lain undiscovered for 147 years until it was put up for sale by descendants of builders of the vessel, Walter Hood & Co in Aberdeen.

Until its recent sale at auction, its whereabouts were unknown by historians.

The Maritime Museum, which is run by Aberdeen City Council, has bought it using a grant from the National Fund for Acquisitions, along with money from local sources.

Thermopylae was a hugely significant vessel as she was designed for the China Tea Trade and was fast – a bonus when it came to the ‘Tea Races’.

These were considered a sporting event in the tea trade, and prize money was given to the first ship to arrive back on The Thames with the first harvest of the season from China. 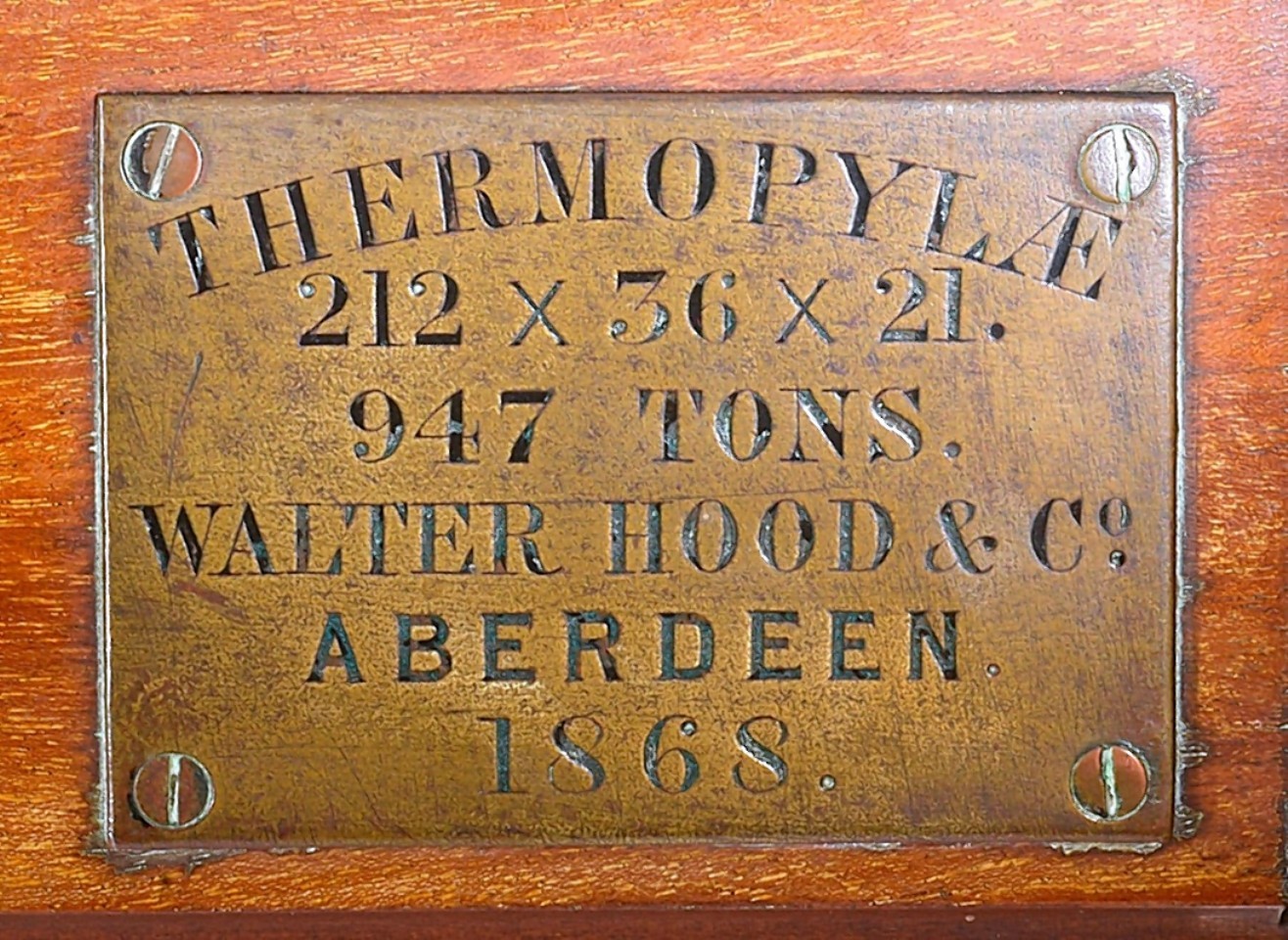 Thermopylae’s most famous race against the Cutty Sark took place in 1872, when the two ships left Shanghai together on 18 June.

Thermopylae won – arriving in London on 11 October, a week before the Cutty Sark which had lost her rudder in a heavy gale.

Education and Children’s Services Committee Convener Councillor Angela Taylor said the model will be a great addition to the collection in Aberdeen.

She said: “It is great that the Thermopylae model is coming back to Aberdeen as the ship has such a rich history and was the pride of the city.

“It will be on display at the Maritime Museum in the summer and will no doubt be a popular addition along with the stories of the original as a crack tea clipper.

“Aberdeen City Council is committed to ensuring our city’s history is kept alive and exhibits such as this will help considerably.”

Charles Miller, of the auction firm Charles Miller Ltd, said the family of Walter Hood had known about the model but they were not interested in publicising its existence to the wider world.

The model passed to a descendant who now lives in France but, having no particular interest in marine history, decided to sell it to someone who would appreciate it.

Mr Miller said: “We were privileged to handle this historically important ship model which, with unimpeachable provenance, justly drew serious attention from collectors around the globe.

“The Aberdeen Maritime Museum was amongst the first to show interest and we are delighted it will now return close to the yards of its origin to delight and educate future generations.”

It is thought the model would probably have been made to coincide with the launch on 22 August 1868, and was used as boardroom decoration for the owner or builder.

Thermopylae was built in 1868 and cost £9,000 to build. She was designed by Bernard Weymouth and was built for the Aberdeen White Star Line. Though famous as a tea clipper, she did spend more time going to Australia to collect wool.

On her maiden voyage, she sailed to Melbourne, Australia, in just 60 days, via Shanghai and Foochow, breaking records on each leg of the journey – only steamers had previously matched such speeds.