Toddler-friendly techy gifts for the wee ones in your life… 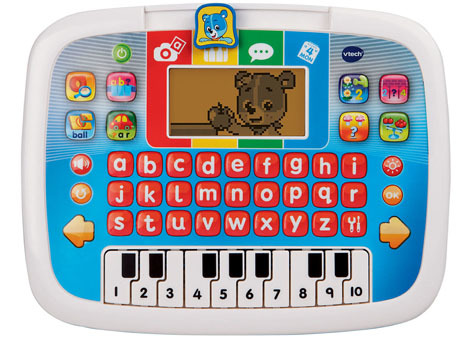 When you turn the toy on, you’re greeted by a friendly bear who welcomes your very own little ‘smarty paws’ to play. Then it’s simply a case of sliding the bar across the four options at the top or choosing one of the other activity buttons on the side. Toddlers will just think they’re having a play, but little do they know they’re actually learning – everything from the days of the week to answering questions about different animals. The photo fun option is erm, fun: after pressing a letter to take a photo, the letter you choose is ‘snapped’ (it looks like a camera lens shutting around the letter) and you will be told a word that starts with that letter, for example, the bear informs you ‘R is for rose’. A well-priced gadget that will impress parents and children. £19.99

Strictly speaking, this is more suited to parents than children, but if, like Prince William and Kate you are a parent to a toddler and a newborn, this gadget will help you stay in control. The monitor is extremely easy to set up, gives a clear picture and you can pan and zoom easily. Plus, the sound quality is second to none. Where this monitor comes into its own is with the extras – it can play lullabies (the volume is adjustable), has a temperature display to make sure the room isn’t too hot or cold for your child, and it comes with an in-built microphone so parents can speak to children whether they’re at work or just in the next room. Visually pleasing, the device is a nice dinky size and it’s easy to operate. £159.99 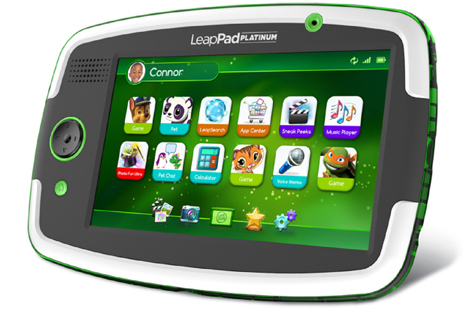 Brand new on the market is the LeapPad Platinum – in fact it’s so new, as are the games, Leapfrog Imagicards (RRP £19.99), they only hit the shelves in August. So, what can you expect? This is perhaps the most ‘tablet’ like product for children out there – if they’ve got this in front of them, you can be pretty certain they won’t be reaching for your grown-up device. Suitable for children aged 3-9, it comes with apps to help them learn and play, and while it can connect to your Wi-Fi, they will only be able to access safe, age-appropriate content (it comes with a kid-safe browser). They can read eBooks, listen to music, play games and watch videos on the 7in screen. £99.99 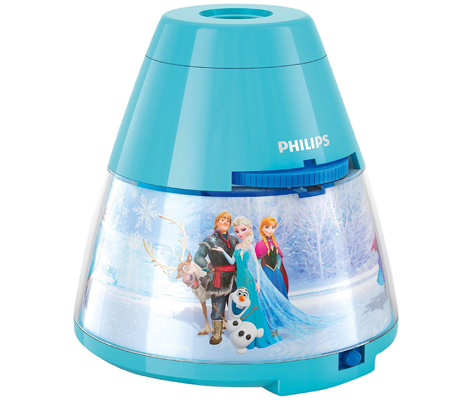 This will appeal to parents whose children require a little ‘encouragement’ when it’s bedtime. After they’ve had their goodnight story, you can pop this projector on, and turning film wheels will project images from the Disney classic onto the ceiling, helping your little one to drift off. In addition it comes with a night light so if they wake up in the middle of the night, they’ll feel comforted. Operated by 3xAA batteries, it comes with three film wheels. £19.99

In The Night Garden Magic Mirror 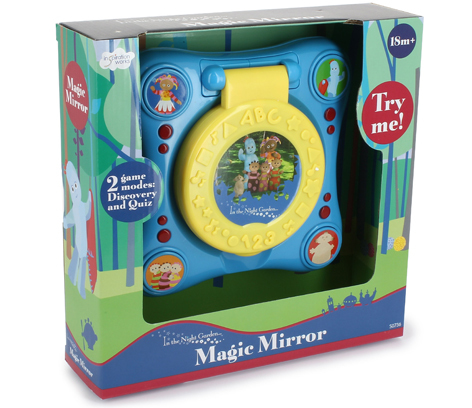 In The Night Garden is still a firm favourite with toddlers and this magic mirror will definitely amuse. Suitable for 18 months+, there are two modes; discovery and quiz, both of which help them learn numbers and colours. They’ll love singing along to the original songs too, but it’s the mirror that’s particularly clever as the characters – including Upsy Daisy and Makka Pakka – will ‘magically’ appear in it alongside their reflection. It’s powered by 3xAA batteries that are included. £10.99 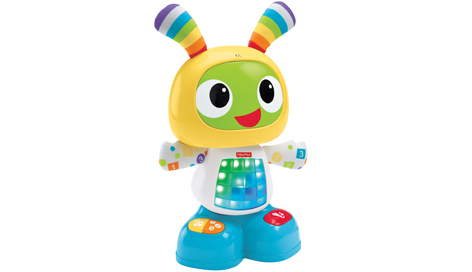 If your child loves singing and dancing, this makes for the perfect toy. There are three main functions that children aged 9-36 months are encouraged to do: learn, dance and record their own tunes. The learning is done via 40 songs, which also help them get up and dance around like mad things. With BeatBo’s tummy featuring a large LED grid that changes colour as music plays, they’ll be utterly entranced (it’s a bit like those retro nightclub floor tiles that light up as you walk across them!) As for the final function, recording their own tune, as the tummy turns red your child says a phrase or sings a song which then gets mixed in to one of BeatBo’s tunes. £36.99