Thousands of people will be heading to the city centre tomorrow to take part in the Simplyhealth Great Aberdeen Run.

Some of Scotland’s finest athletes, including Banchory-born Robbie Simpson, will join more than 5,500 club runners pounding the streets as they compete in the mile long, 10k and half marathon race.

Competitors have travelled from as far as Australia, Kazakhstan and the United States to take on the sporting event.

The new 2018 route will give runners the chance to take in iconic landmarks such as Marischal College, the Beach Ballroom and St Machar’s Cathedral. 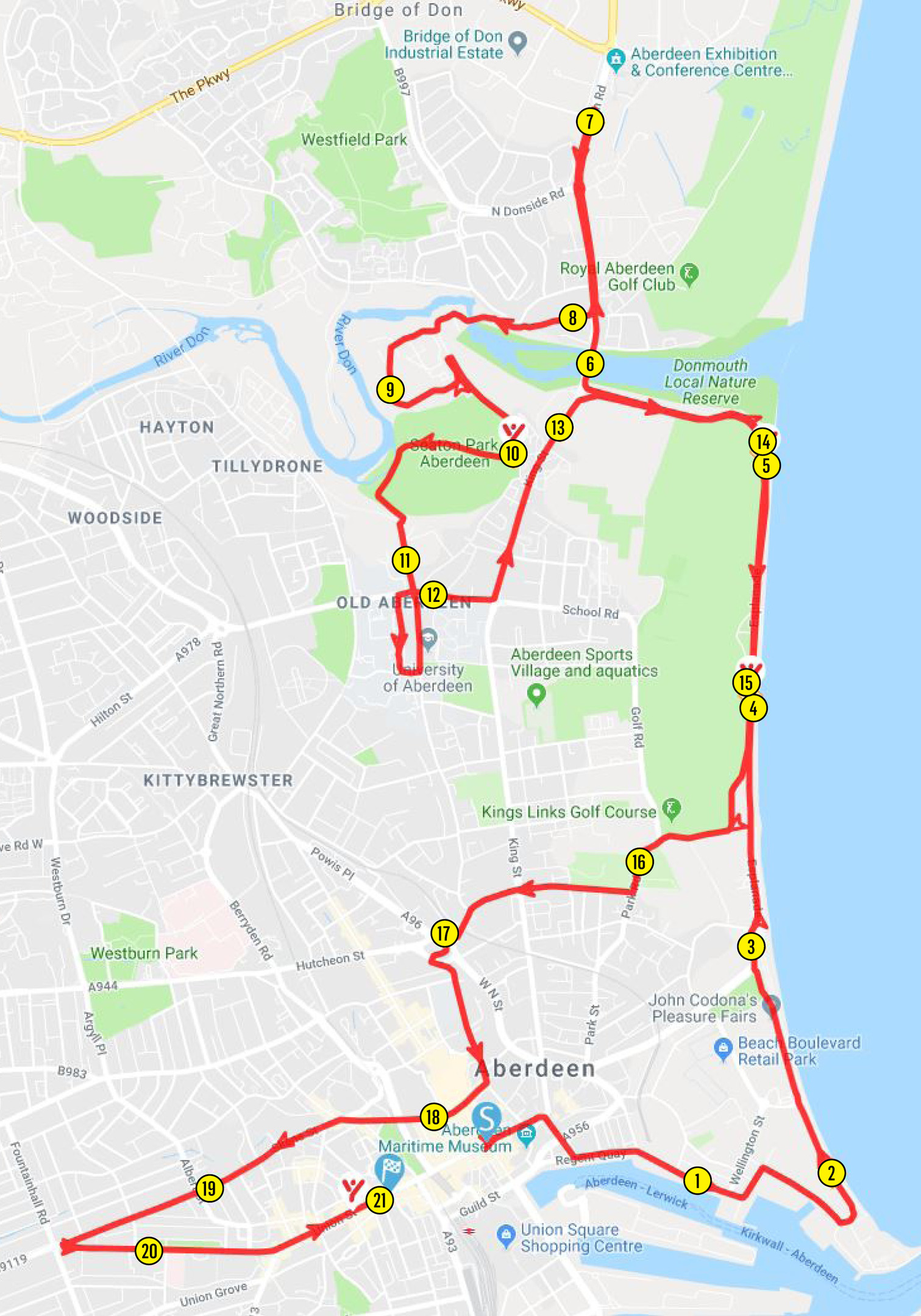 She said: “The Great Run is about encouraging local people to come out and support runners, but it’s also about us showcasing Aberdeen – so that people who visit for the run are encouraged to come back to visit, live or work.

“When the council invests in events such as this one we want to make sure that we are getting the maximum impact for the city.

“The Great Run helps local businesses on the day and encourages greater footfall in the city, and runners and supporters will be entertained by a great selection of musical acts along the route.

“I hope the runners all get round the course safe and sound and beat personal bests.”

Commonwealth Games marathon bronze medal winner Robbie Simpson will be taking part in both the 10km and half marathon race.

He said: “There was a great atmosphere last year with huge numbers of spectators all around the course, but particularly at the finish on Union Street, and hopefully it will be the same again.

“It’s brilliant to be able to compete in a city centre race and I’m sure it will be enjoyable.”

Runners will be spurred on by local musicians performing along the route, including members of the Dezibel Drumming Band who will be stationed at Mounthooly Roundabout.

Wilma Milne, the band’s oldest member at 76-years-old, said she was “delighted” to be involved in the event.

She said: “We have taken part in the Great Run for many years now, and it is always great fun.

“The runners can hear the drumming from a distance and its something for them to work towards.

“All of us in the band enjoy the day and have a blast cheering people on.”

Transport bosses are advising people to check their travel arrangements due to parking restrictions and the planned road closures.

Full information about diversions are available on the website www.aberdeencity.gov.uk

The Great Aberdeen Run will take place between 10am and 5pm tomorrow.

Excitement builds for the Great Aberdeen Run – with more than 5,500 people poised to take part