Thunderstorms and heavy rain has been forecasted for the north-east.

The yellow alert from the Met Office covers from 7pm tonight to 10am tomorrow.

It is warning motorists the conditions may bring “difficult travelling conditions and localised flooding”.

The warning reads: “Heavy showers and some thunderstorms will develop over parts of Northern Ireland and southern Scotland on Friday evening before extending further north-east over Scotland overnight.

“Heavy bursts of rain are expected, with hail also possible, giving accumulations of locally 15-30 mm within a few hours. The showers will move away from Northern Ireland in the early hours of Saturday then ease over Scotland later in the morning.”

Southern parts of the Highlands and islands could also be hit.

The Scottish Environment Protection Agency has also issued an amber flood alert for Grampian and Moray.

It reads: “Thundery showers during Friday evening and early Saturday morning give a risk of flooding from surface water. Particularly at risk are urban areas and the transport network. Due to the localised nature of the showers, impacts may be isolated with not all locations being affected.

“There is a possibility of further thundery showers during Saturday afternoon that may lead to minor localised surface water impacts. 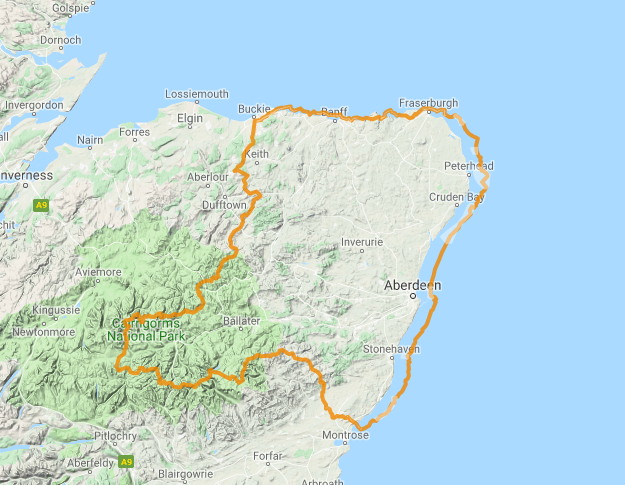 “Remain vigilant and remember, it is your responsibility to take actions which help protect yourself and your property. ”

Advice and information is also available through Floodline on 0345 9881188.

The adverse weather conditions will continue from Sunday into Tuesday with gusts of up to 50mph hitting the Western parts of Scotland.

A heavy downpour is most likely over higher ground with a potential of 100-150 mm of rainfall in exposed areas.