Ahead of a major shake-up of Aberdeen’s church estate, Neil Drysdale learns about the ever-changing challenges faced by the clergy

It was a chilly winter’s morning in Aberdeen and the Reverend Susan Sutherland was facing what many people would regard as a difficult predicament.

She had just been approached by a young woman, with several children, who didn’t have enough money to feed them all. Her partner is in prison at the moment and there isn’t a food bank readily accessible in Mastrick.

Yet, there was no hesitation from Mrs Sutherland, who simply asked herself the question: “What would Jesus do? He wouldn’t want anybody to go hungry, and I was immediately determined to help her.

“I asked her what she needed and we both went to the shop together and bought the items. She was so grateful, but there wasn’t anything else in my mind. It’s faith in action. I’m a great believer in it, and it has to be the way forward for the church.” 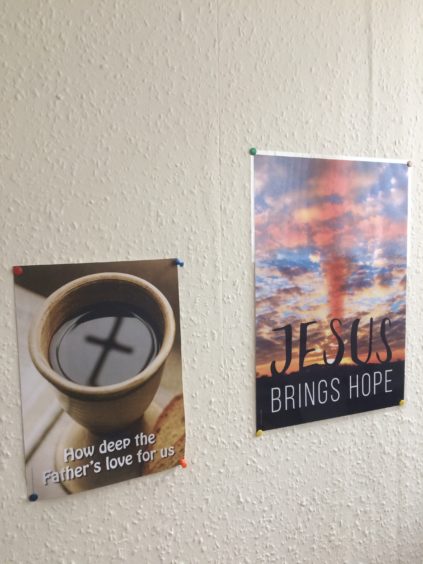 Mrs Sutherland wears as many hats as Audrey Hepburn, but is thriving on the challenges posed by religion in the 21st century.

A former school administrator, she was a minister in Broughty Ferry for almost nine years before moving to Mastrick Parish Church in 2017 and colleagues testify to her resilience and perseverance, whether meeting visitors at the Welcome Cafe or preparing for the looming festive season, or reacting to the changing times.

Nowhere is that more evident in her response to Aberdeen Presbytery’s 10-year plan to transform the whole church estate throughout the city between 2020 and 2030, which sparked banner headlines last month. 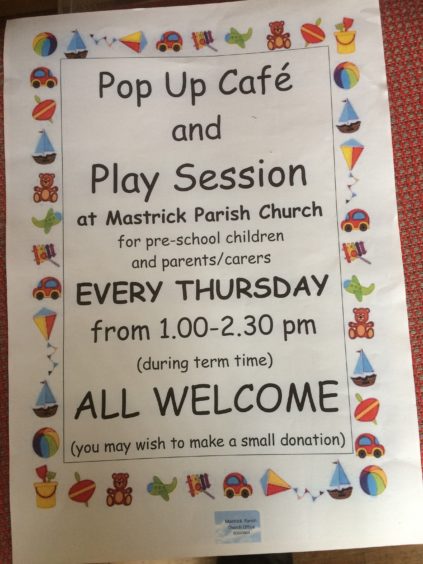 The proposals will lead to a merger between Mastrick, Northfield, Stockethill and Summerhill and Mrs Sutherland realises this will mean the disposal of several buildings, including her own.

However, she backs the pooling of resources and is convinced it will eventually benefit the wider community.

She said: “Of course, there will be emotional and social barriers to overcome.

“It is not going to be easy, but we have to accept the way we have been doing things hasn’t been working. The status quo is not an option.

“But this new hub will be a team ministry with three ministers and one Mission Development Support worker. We are being encouraged to move towards a union as soon as possible, while respecting the rights of ministers and congregations. 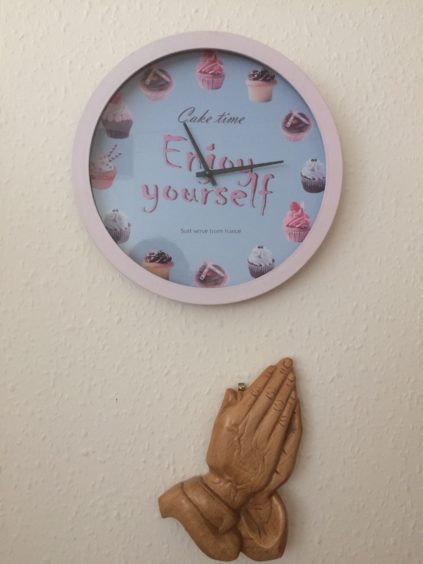 “Worship will be moved to one place, whether on a brand new site, or else through a new build here on our Mastrick site, with continued community worship at Stockethill and all three other existing buildings – at Mastrick, Summerhill and Northfield – being disposed off as soon as possible.

“I think the plan is very good, it is fair and across the board. And I regard it as an exciting way of moving forward. I’m really looking forward to a renewal of our church.”

In the cafe, even as Mrs Sutherland enjoyed a tea and a rowie with her colleague, Teresa Broere, there were ample signs of the different organisations which have been united in common cause at the church.

There’s a pop-up cafe for mothers and toddlers, regular school visits across the catchment area, a popular slimming class, events designed to tackle social isolation, meetings with local shopkeepers and tradespeople, a Sheep Trail for children and a bereavement service for those who have lost their partners in the last 12 months.

Then there is the imminent planning for Christmas events and carol concerts which Mrs Sutherland acknowledges she has to approach with both a celebratory mood and the recognition not everybody will be exchanging festive greetings in the weeks ahead.

She said: “I know it will be Jingle Bells for many people and it’s always wonderful to see the faces of children as we move into December.

“Our Christingle Service on Christmas Eve is very popular and, this year, we will be joined by our friends from Northfield and Summerhill… and Tesco has been very generous in providing the oranges.

“But there are others who will be lonely, who will be battling illness, or perhaps trying to come to terms with a recent loss of a loved one. We have to think of them as well. The church can’t be for any one group. It has to be a place that is open to all.”

The minister of Craigiebuckler Church has expressed concerns about the potential disposal of the building, which goes back to Victorian times.

As previously reported in the P&J, almost half of Aberdeen’s churches are being considered for sale as part of a “once in a generation” review.

The 10-year plan recommends 15 buildings for disposal, with 15 being retained and the future of a further three under consideration.

Rev Kenneth Petrie said: “Many of our friends and neighbours in the local community have expressed their shock and bewilderment at at the proposed Presbytery plan, which is looking at the future needs of the Church of Scotland within Aberdeen.

“Under the proposed plan, Craigiebuckler Church and halls, on the present site, will be closed and moved to a new-build church at the Countesswells development.

“Those who worship Sunday-by-Sunday and community groups who use the facilities our halls provide, and attend our Craigiebuckler Connections community events, have expressed surprise that such a move should even be under consideration.

“I must emphasise this is only a proposal, and that Craigiebuckler Church is fully engaged in the consultation process which is now underway, making the case for the Church to continue to serve the local community it has served for 136 years.”

The four words which sum up Rev Susan Sutherland’s philosophy: ‘What would Jesus do?