A new salmon farm to be constructed in Orkney is to provide a £3 million economic boost to Scottish firms.

Scottish Sea Farms is investing £3.3m with suppliers to open its new development off Lober Rock in Scapa Flow.

The newly-awarded contracts include  £1.74m with the Gael Force Group in Inverness to build a 200-ton steel feed barge – the first to be built at the former Corpach Boatyard in Fort William – along with moorings, 12 salmon pens, underwater cameras and environmental monitoring technology.

Macduff Shipyards in Aberdeenshire won a £665,000 contract to build a 46ft catamaran workboat.

Meanwhile, £324,000 was awarded to W&J Knox in Ayrshire for netting to help keep local marine life such as seals and salmon stocks safely apart – and maintain Scottish Sea Farms’ record of no seal shootings in Orkney for over three years

Leask Marine in Orkney won £106,000 to secure the moorings, barge and pens. 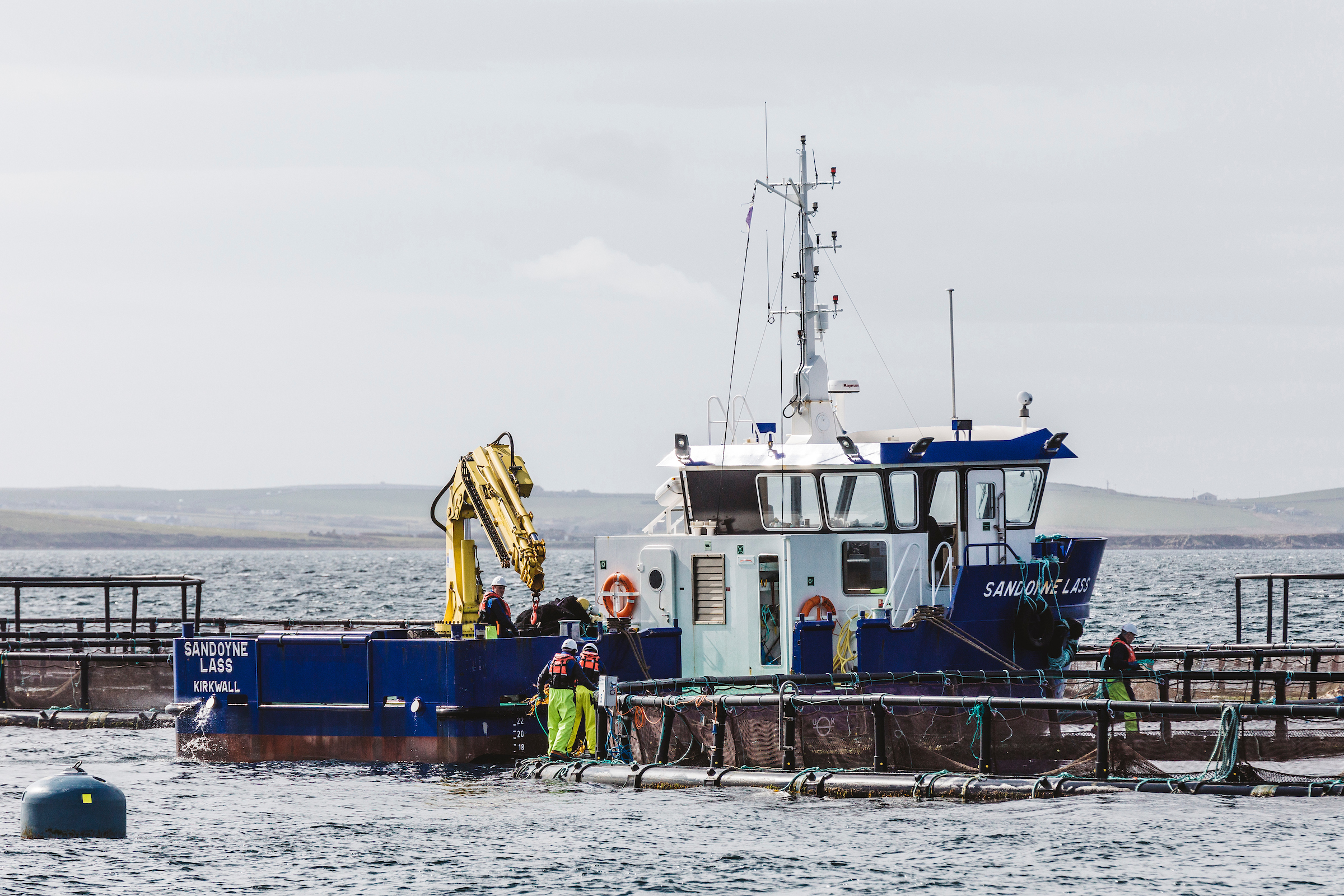 “We’ve worked with several of these suppliers for many years now as part of our long-standing policy of buying Scottish wherever possible and know their products to be tried and tested with regards to withstanding Orkney marine conditions.”

Regional production manager for Orkney, Richard Darbyshire, added: “Not only will we be working with local suppliers to the sector, but our salmon pens will be constructed by Gael Force Fusion on the remote island of Sanday, generating spend on everything from hauliers, ferry travel and accommodation at the nearby Kettletoft Hotel, to generators, welfare units and sundries for as much as three months or more.”

The new farm will create six new full-time roles and lead to further job creation across the supply chain.

Gael Force Group founder and managing director Stewart Graham said: “As part of a planned increase of 10 new employees in Lochaber, we have already advertised six newly-created fabricator roles as a direct result of the barge being built at Gael Force Boatbuilding in Corpach, and we are also increasing our workforce with multiple new roles at our pen-building facility, Gael Force Fusion in Oban.”

These latest contract awards come on the back of a year in which Scottish Sea Farms spent a record £113m across 676 local suppliers – £33m of which was investment in its new RAS smolt hatchery at Barcaldine.