A Golspie woman has danced her way to victory in a national charity dance event.

Following 10 weeks of training, the pair took to the stage at the Hilton Glasgow on Saturday to put their best foot forward in the rumba, tango and foxtrot events. 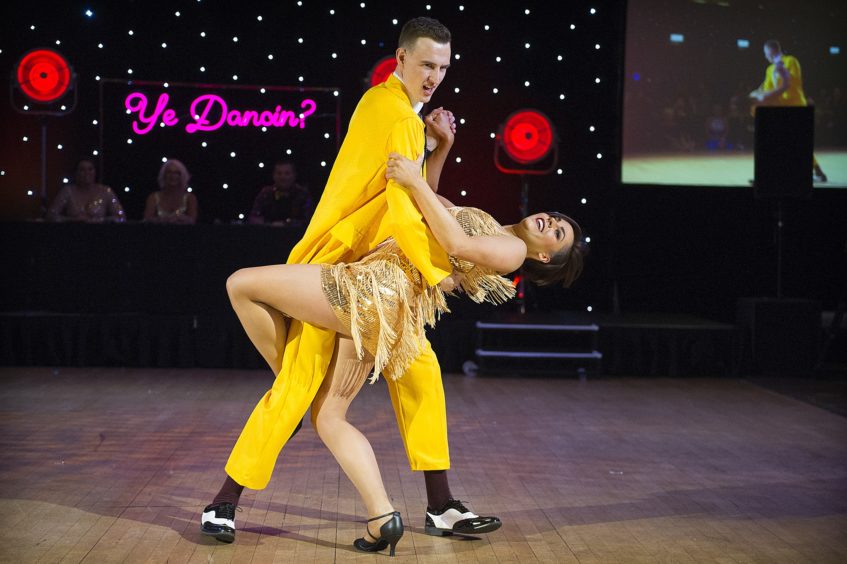 After impressing the panel of judges with their quick step, the pair were awarded the prestigious Glitterball trophy by Strictly Come Dancing’s Iain Waite.

Speaking of their victory, Miss MacBeath said: “I cannot believe that we won. The competition was incredibly tough so to be presented the Glitterball trophy by none other than Ian Waite is such a surreal feeling.

“The challenge really opened my eyes to the life changing work which SBH Scotland carry out for thousands of families.  It is a fantastic organisation and one which we will continue to support in the future.

A total of £18,000 was raised during the evening, which will now be donated towards supporting children, young people and their families affected by life-long conditions across the country.

Golspie dancer cha-cha’s her way to victory in Glasgow