The Rest and Be Thankful in Argyll has been closed this morning due to a landslide.

Two cars have been involved in an accident south of the landslide, at Ardgartan, where the road has been affected by flooding and debris.

The landslide has taken place on the A83 Tarbet to Campbeltown road south of Rest and be Thankful viewpoint car park.

A spokeswoman for Bear Scotland said: “A landslip has occurred south of the B828 local road where approximately 40 to 50 tonnes of material remains on the carriageway. The road is closed at this location and teams are on site assessing the situation.

“Flooding and debris is affecting the A83 just north of Ardgartan and the road is currently closed. Emergency teams are en-route.”

A police spokeswoman said: “There had been a road traffic collision involving two cars one mile north of Ardgartan at 7.35am. A woman has been taken to the Royal Alexandria Hospital in Paisley, but her injuries do not appear to be serious.

“There appears to be a landslide there as well. It is not clear if they went in to it or came upon it.”

The A85 Oban to Perth road is currently closed in three places due to flooding.

A Bear Scotland spokeswoman said: “Flooding is affecting the A85 to the east of Crianlarich and the road is currently closed due to the level of Loch Dochart.

“There have been reports of a landslip at Glen Ogle. Police Scotland and Bear teams are on site and the road has been closed for safety.

“Flooding has effected the A85 between Comrie and Lochearnhead, the road has been closed for safety.”

Another landslide has taken place in the Highlands, on the A835 Inverness to Ullapool at Garve.

The spokeswoman said: “One lane is now open on the A835 at Garve after teams have cleared a landslip estimated at around 50 tonnes from the carriageway. Temporary traffic lights will remain in place for safety.”

She added: “All of our teams are responding to the issues on the network and are on high-alert. Our control room is continuing to monitor the network 24/7 for changes in conditions.” 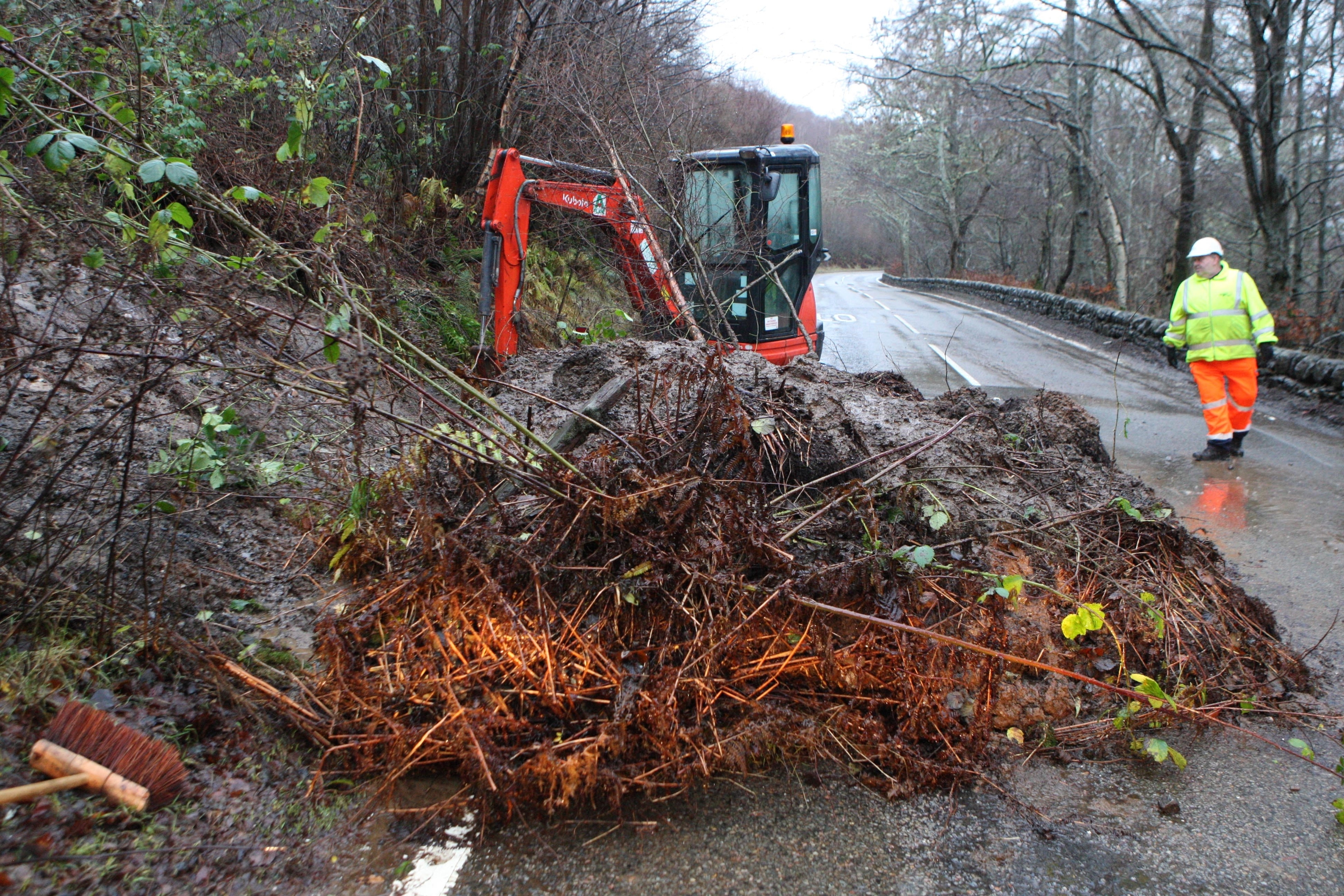 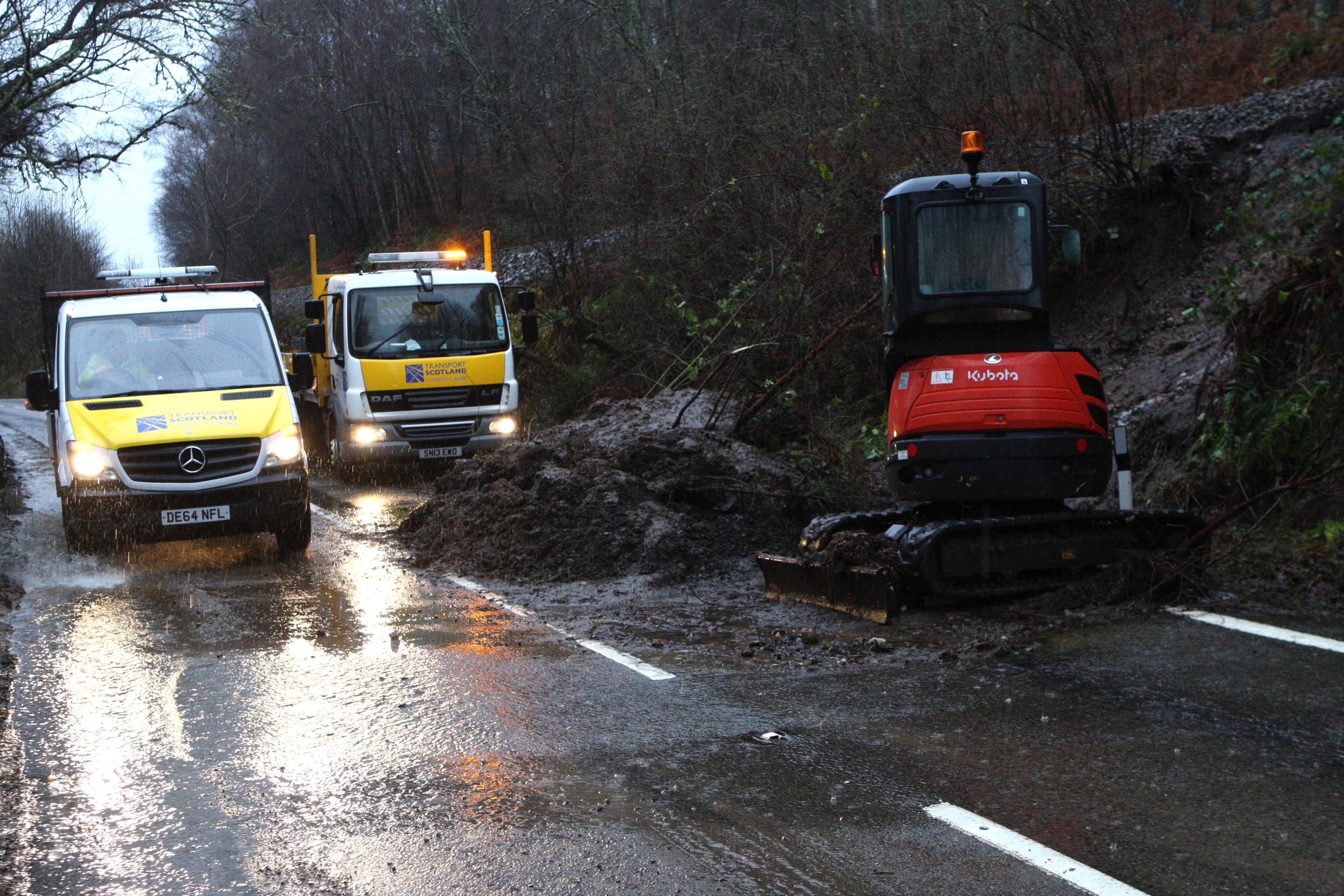 Meanwhile the M74 has become a river. Click here.

Landslides and flooding cause road chaos