To celebrate, we’ve had a look in our archives for pictures of the base from through the years.

We are also asking people for their favourite memories of being stationed at the Moray base and living in the area.

Send your memories and pictures to digital@pressandjournal.co.uk

Here is our selection: 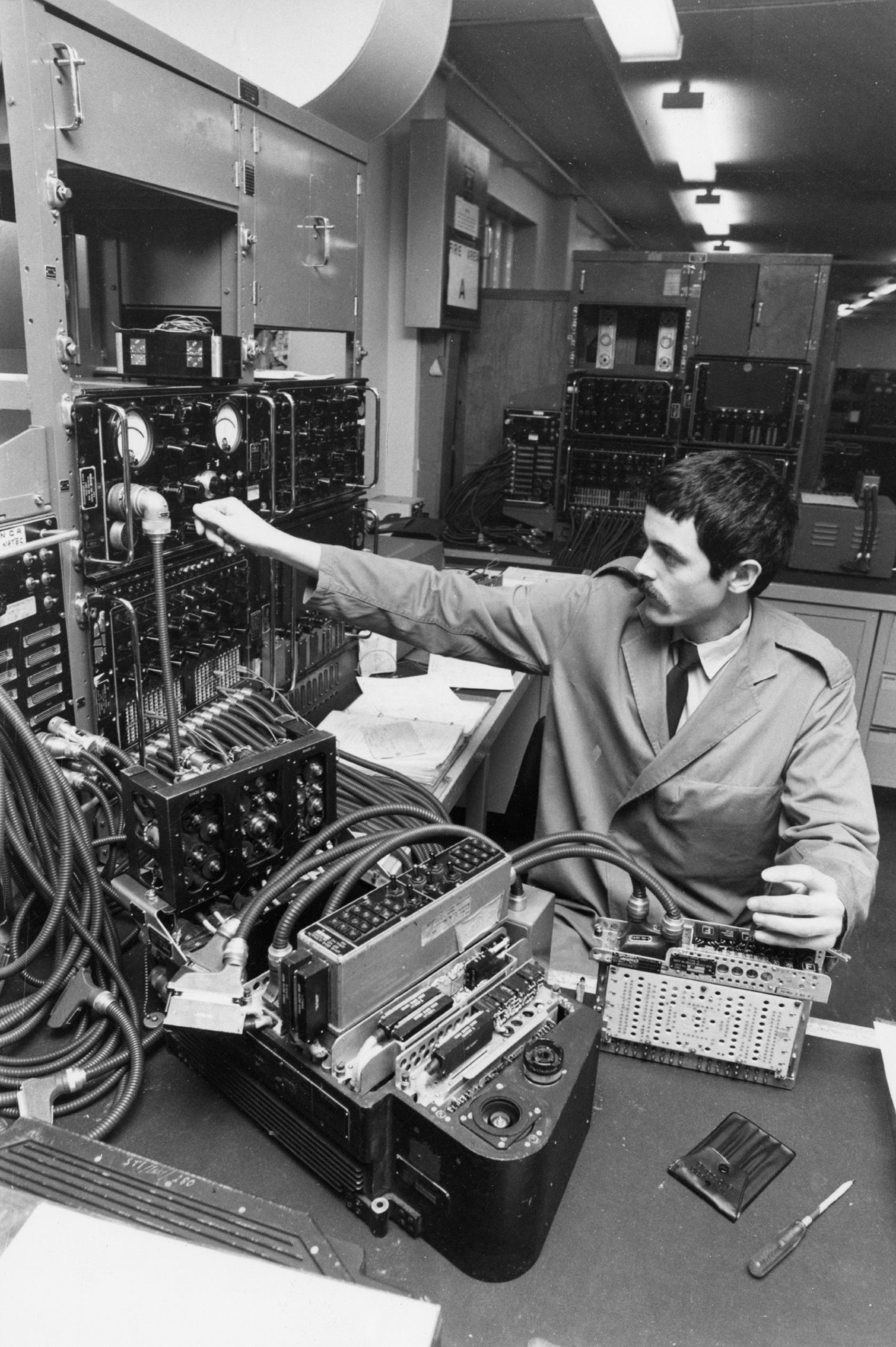 Junior technician Kevin Barclay from Inverness testing a control and release computer from a Buccaneer at the Lossiemouth base. Picture taken 29 September 1983. 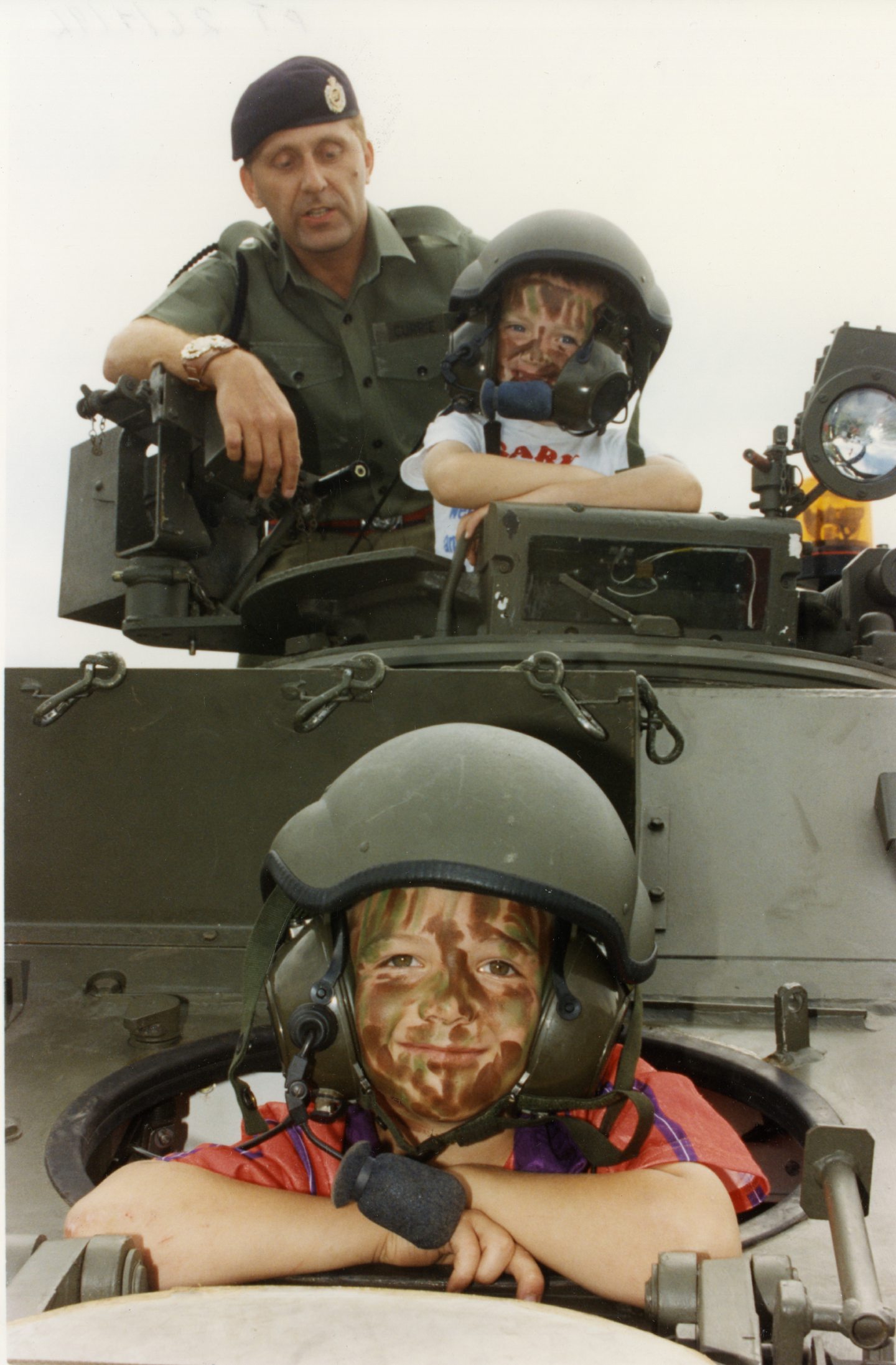 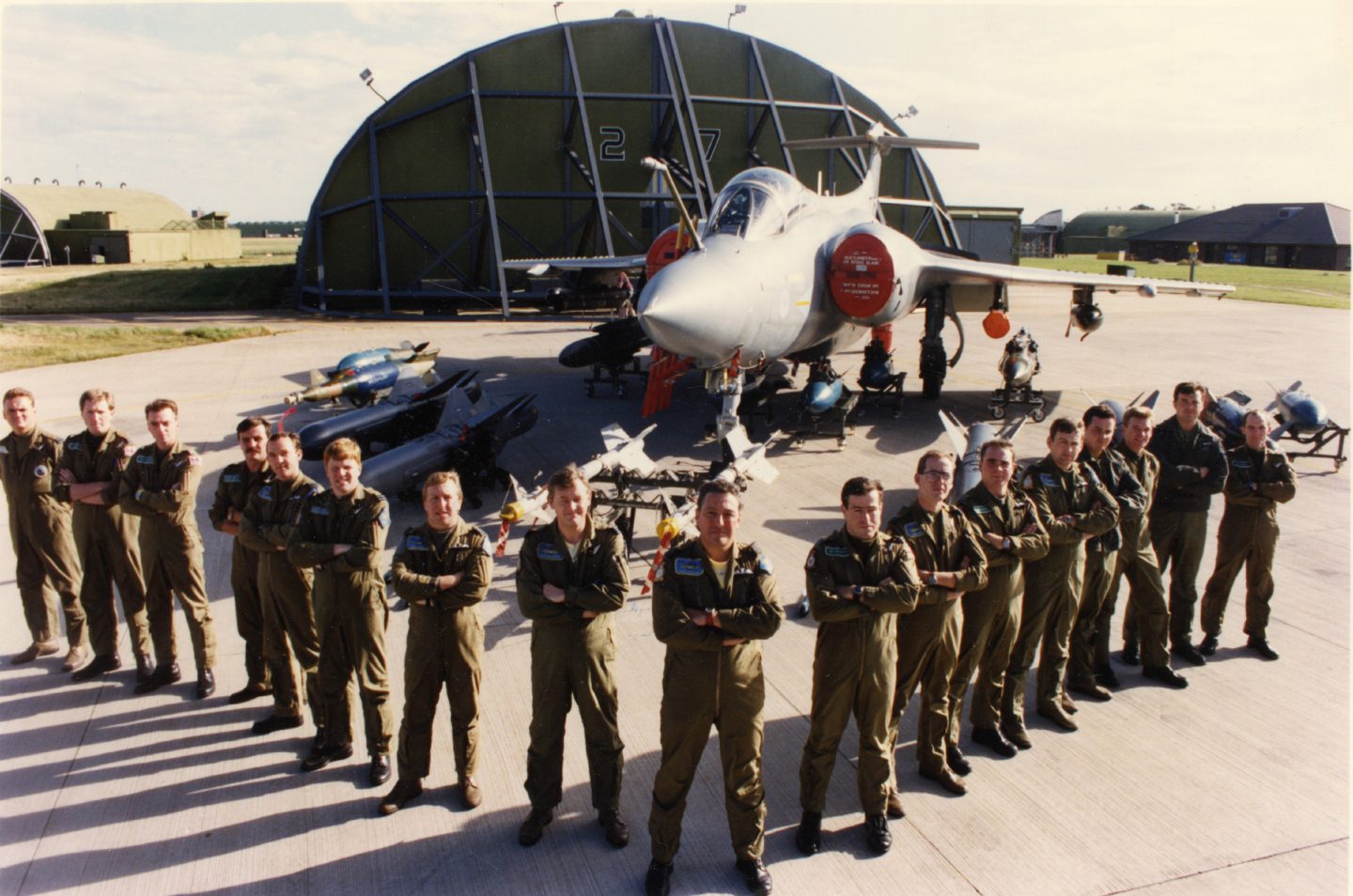 The picture marked the end of Britain’s battling Buccaneers. The Lossiemouth based jet bombers, which helped to win the Gulf War were heading for the scrapyard.

It was the end of a glorious era stretching back more than 30 years – and it also closed a famous chapter in the history of RAF Lossiemouth. Only 24 of the ageing Buccaneers remained in service with the RAF at the time – all of them at the Moray air base.

Wing Commander Nigel Huckins, Officer Commanding with No. 208 Squadron, IS pictured in front of the Buccaneer with its range of weapons.” Picture taken 22 September 1993. 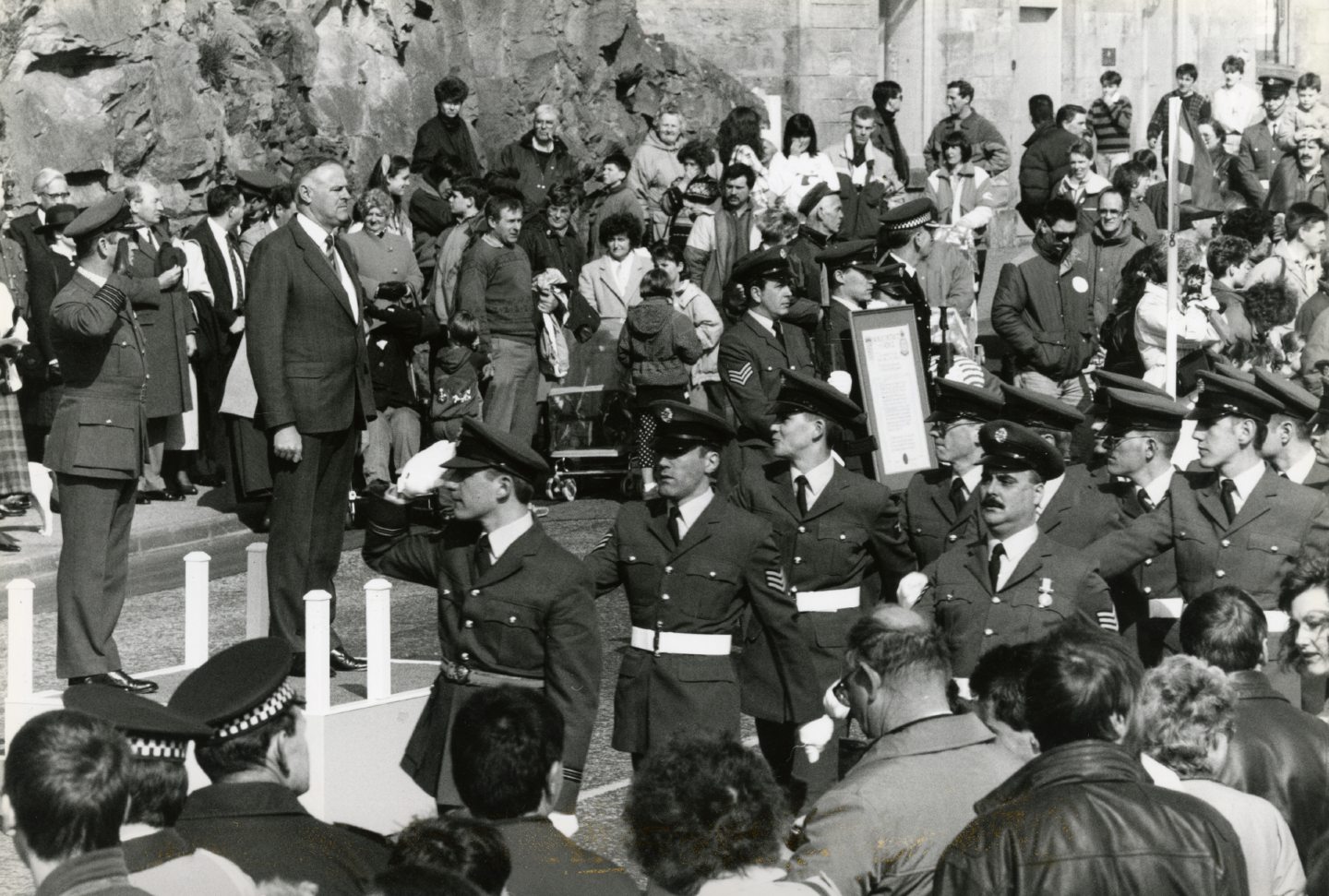 A formation of four Buccaneer jets – still in their Gulf War desert colours, and followed by a similar formation of Jaguar jets – flew low over the centre of Lossiemouth on this day. In the town square below, the officers and men of RAF Lossiemouth marched proudly, with bayonets fixed, drums beating and colours flying.

The occasion, studded with pomp and ceremony, was the official granting of the Freedom of Moray to the Lossiemouth air base – the highest accolade the local authority can bestow. On the march – Group Captain Jon Ford and Councillor Edward Aldridge take the salute during the march past in front of the war memorial. Picture taken 3 April 1992.

The Dambusters swapped their flying suits for shorts and running shoes for a mission with a difference. In 1994 a team of 24 fliers and groundcrew from the squadron set out from their new base at RAF Lossiemouth for a 240 mile relay run to Berwick. The run was organised in a bid to recover 617 Squadron’s coveted crest parchment which the Admin Wing at RAF Marham Norfolk is holding ransom. Picture taken 15 July 1994.

On their marks for the relay challenge are, left, Cpl Tim Baxter, and, right, Flt Lt Dave Ballance, with the nose of one of their Tornados from 617 Squadron, the Dambusters. 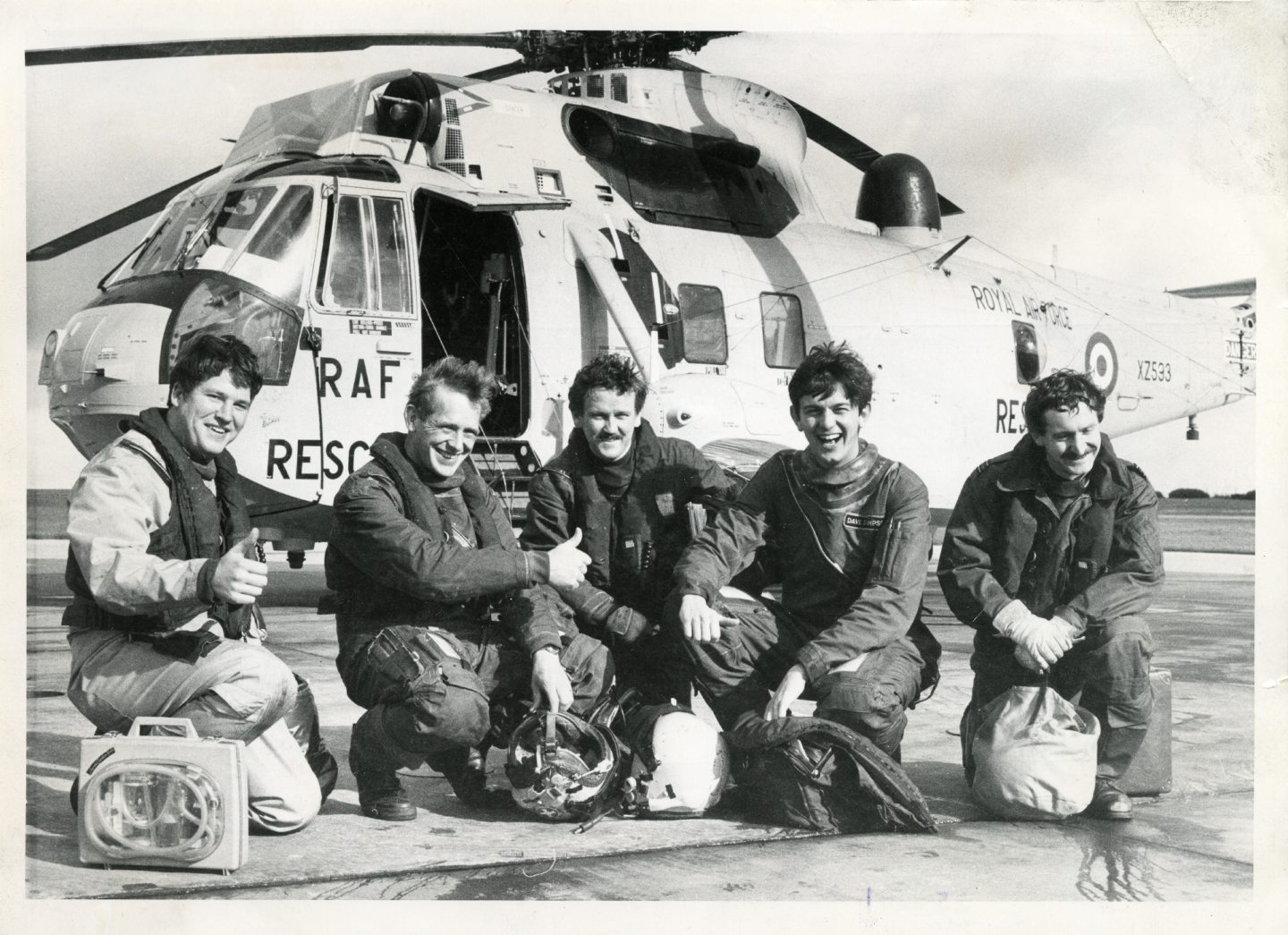 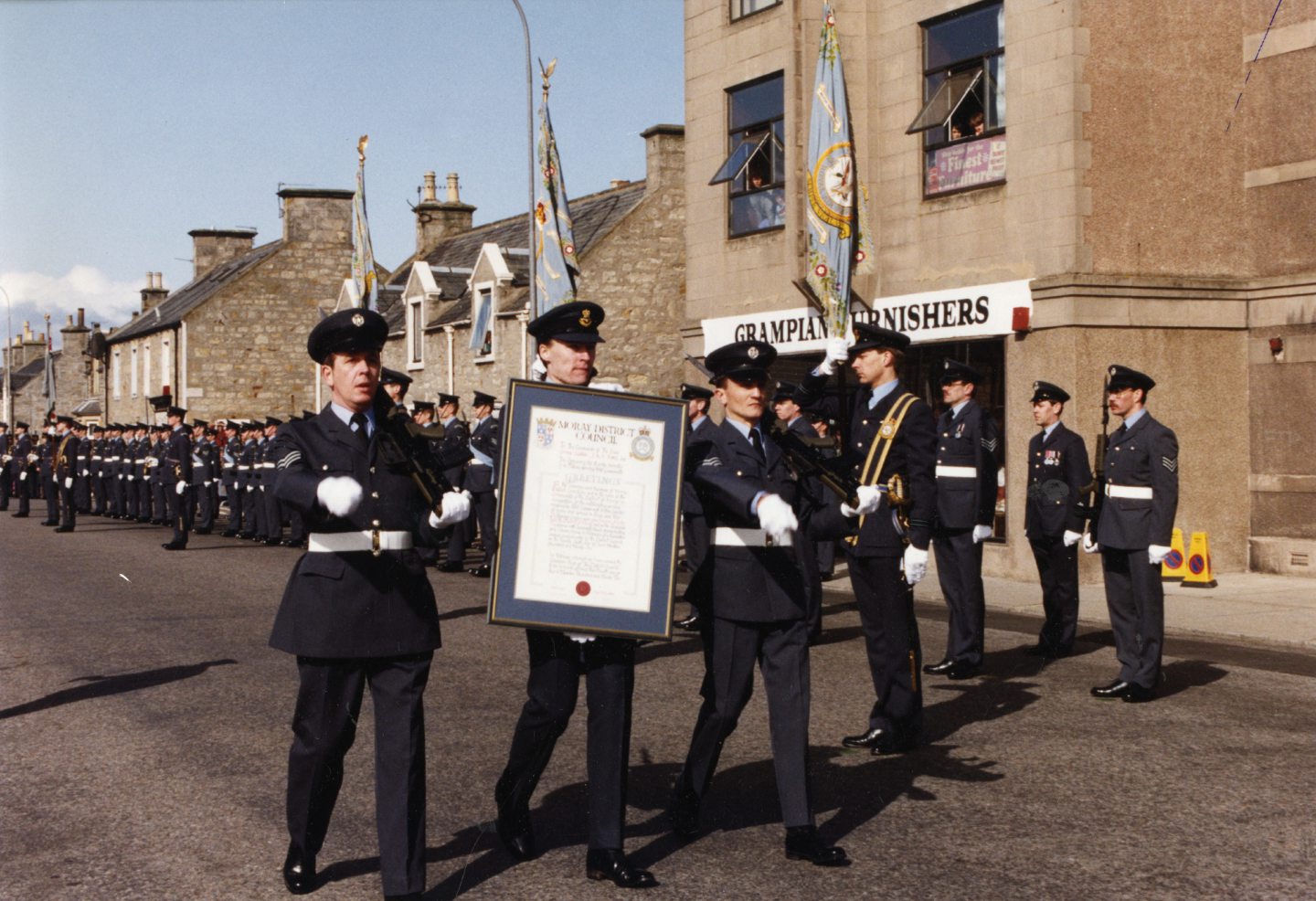 Flying Officer Steve Macnamara parades the scroll conferring the Freedom of Moray on RAF Lossiemouth through the town at the weekend. Picture taken 3 April 1992. 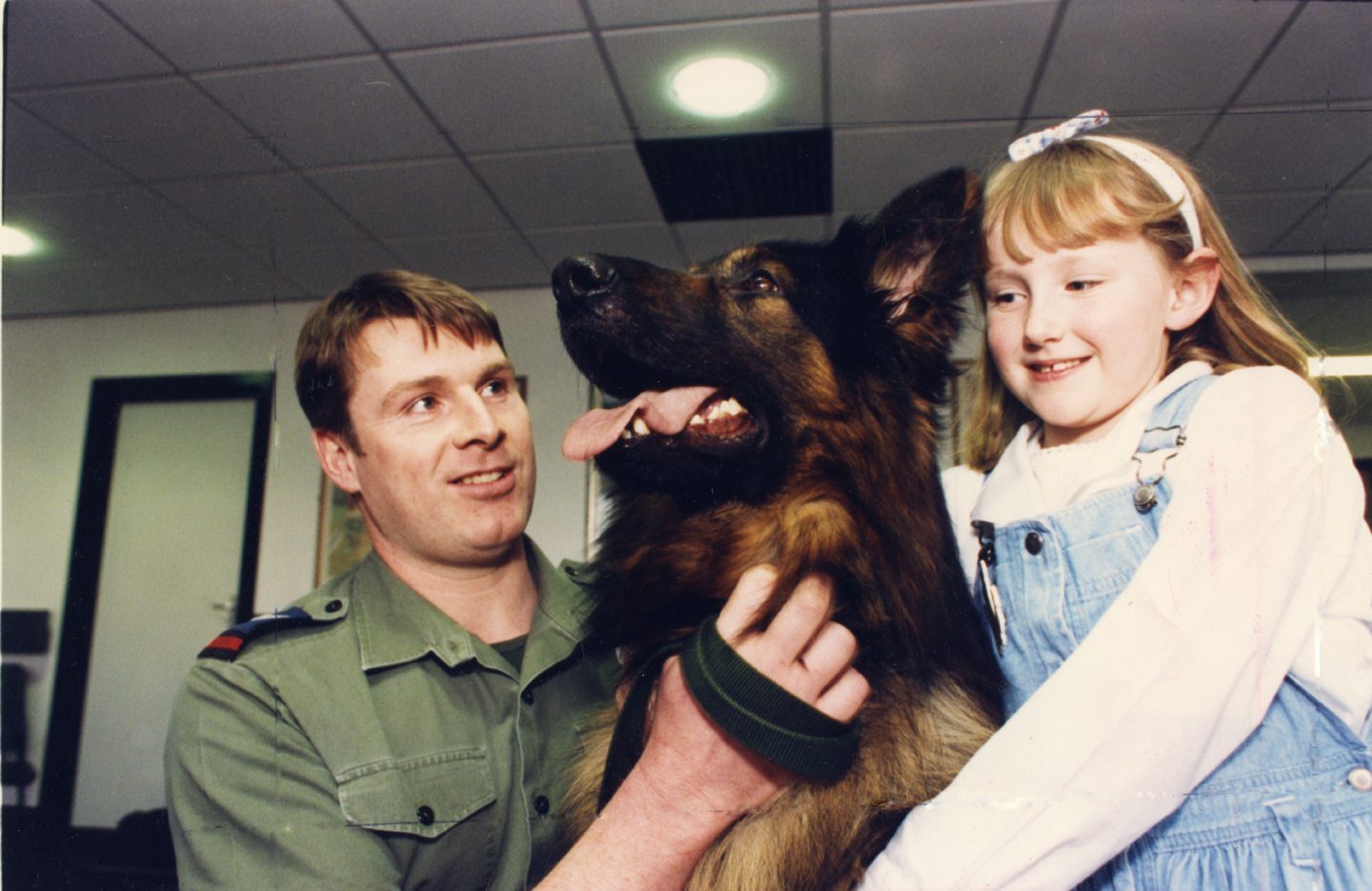 FROM THE ARCHIVES: RAF Lossiemouth through the years