Strictly Come Dancing judge Motsi Mabuse has said she had difficulties finding a dance teacher in her youth, because of racial divisions at home in South Africa.

Her family lived through the final years of the apartheid system, and the segregation and racial tensions meant that Motsi and her sister Oti were nearly unable to explore their dreams of becoming dancers.

Mabuse, 38, told The Mirror: “Finding people to give us the instructions was difficult.

“It was a very difficult time in South Africa, so to be a little girl and push yourself in this type of dancing, where there are no other black girls, was really tough.

“And when we did get the chance to learn the waltz and the cha cha cha, at a weekend club, we were soon better than the teacher.”

Mabuse said that her parents rented a room at a local kindergarten and hired a teacher for classes for herself and Oti.

She said they “made a lot of sacrifices” because dancing is not cheap.

“The dresses are expensive, so my mum learned to sew, and she started a catering company to pay for the lessons and the travel abroad for competitions,” she added.

Mabuse said that, had she just grown up with “the bitterness of the very hard childhood we had” and had not experienced the dance work, she would have probably “been a very sad person”.

Mabuse joined the Strictly judging panel this year. Her sister Oti, 29, has been a professional dancer in the BBC One series since 2015.

She had been a judge on Germany’s version of Strictly, Let’s Dance, since 2011, after joining as a dancer in 2007.

Mabuse previously had plans to become a lawyer and join the family law firm but her passion for dance took over while she was studying at the University of Pretoria. 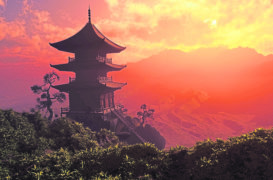 Strictly’s Motsi Mabuse: It was hard to find dance teacher in South Africa