David Gange admits he was often terrified during an epic 12 month Atlantic trip in a kayak.

The historian and university lecturer travelled all the way from Out Stack, a skerry north of Shetland, to Seven Stones – a reef south west of Cornwall.

On his very first day he was so badly buffeted by the waves that he capsized and almost abandoned the effort, saying he felt as though he had been “through a car wash”.

Later, on his solo journey in 2017, he had a close encounter with a minke whale that swam directly beneath his craft.

Tourists, meanwhile, reported him as a missing person to Stornoway police during his expedition.

His labours have, however, resulted in the publication of a new book – ‘The Frayed Atlantic Edge’ – which will be launched at Shetland Library on Tuesday July 9.

And his experiences have persuaded him that the people who live and work in the far west of Scotland are among the most redoubtable characters he has ever met. 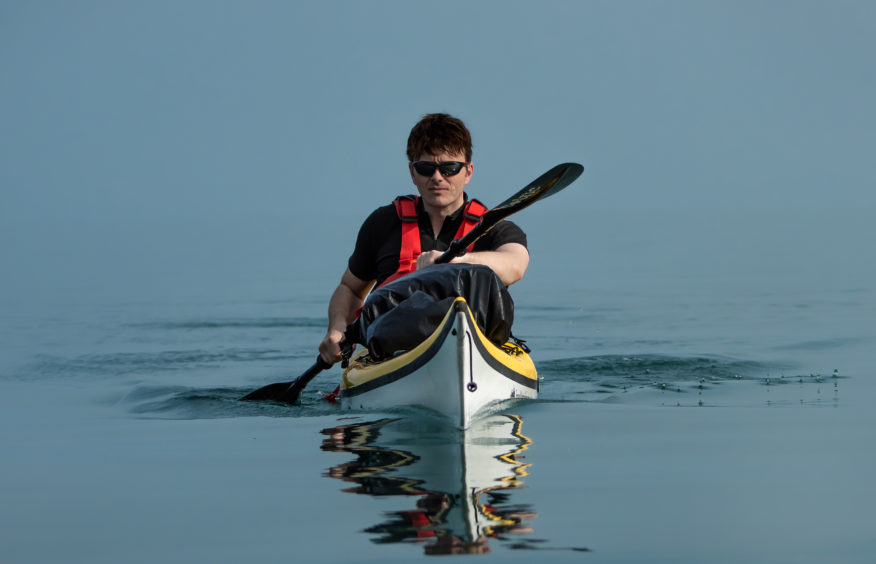 He said yesterday: “Some parts of the journey were absolutely terrifying.

“On the very first day I set out southwards from Out Stack (the northernmost point of the British Isles) under a huge wheel of hundreds of circling gannets, whose flight was so loud that I couldn’t hear the ocean at all.

“Within half an hour, I’d hit a huge wall of tidal overfalls beneath the spectacular cliffs of Unst and been knocked into the water and had to roll the kayak.

“I almost gave up the whole journey on the first morning. It felt like I’d been through a car wash. 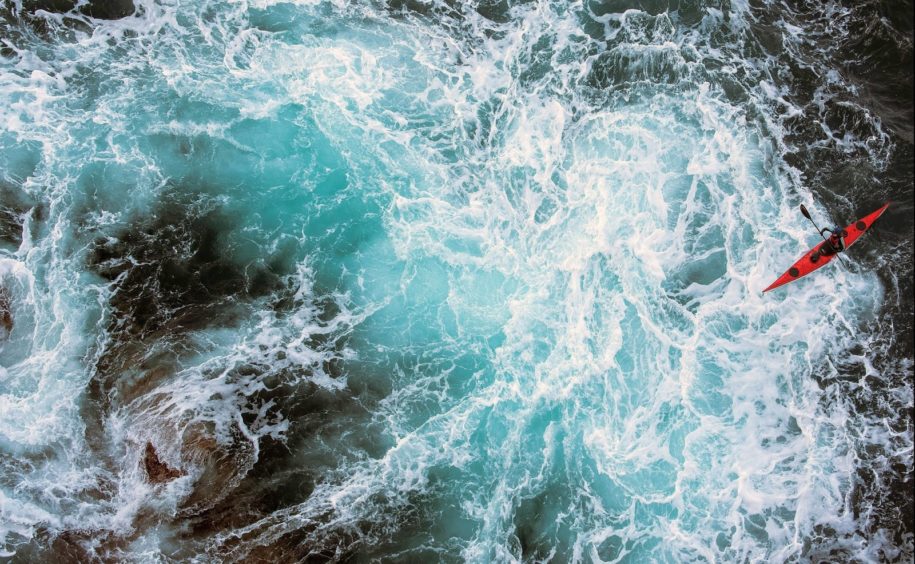 “I remember promising myself half way through, as I was being knocked about by waves that seemed to come from all directions that, if I made it through this, I would never get in a kayak again.”

Mr Gange added: “There was also the moment where I was watching minke whales and enjoying their habit of coming up two or three times, about 40 feet apart, before taking a long dive. 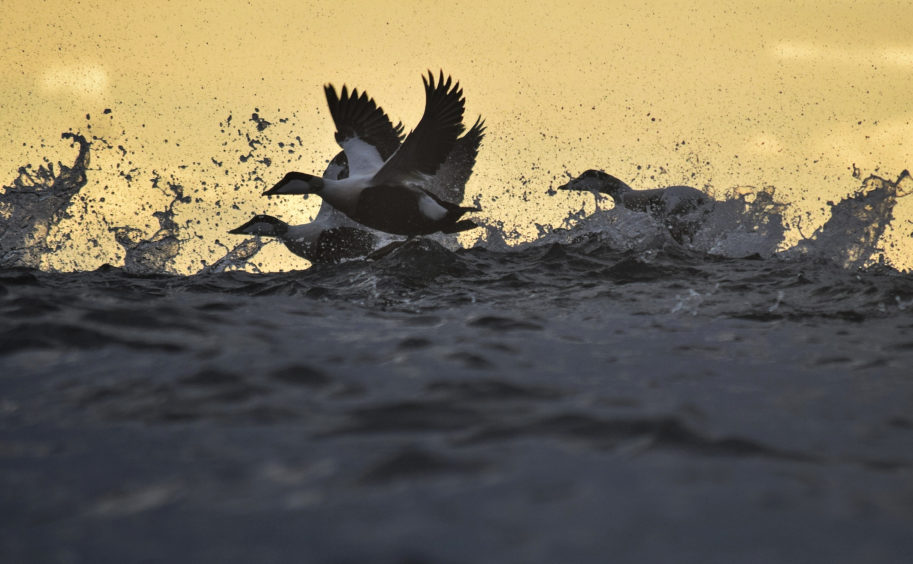 “I caught a movement out of the corner of my eye, about 40 feet behind me, and realised that when the whale I’d seen surfaced again it would be right underneath my kayak.

“I waited with the paddle in one hand and camera in the other and it suddenly burst out of the sea about 6 feet to my right, sending the kayak jolting sideways with the huge amount of water that poured off its body.

“I got one photo of its fin passing me by and just about managed to stay upright, without the camera falling to the bottom of the Atlantic.”

Mr Gange used local archives and poetic literature, in addition to talking to local people, to explore how their ancestors managed to create trade and communication routes in the most challenging of circumstances. 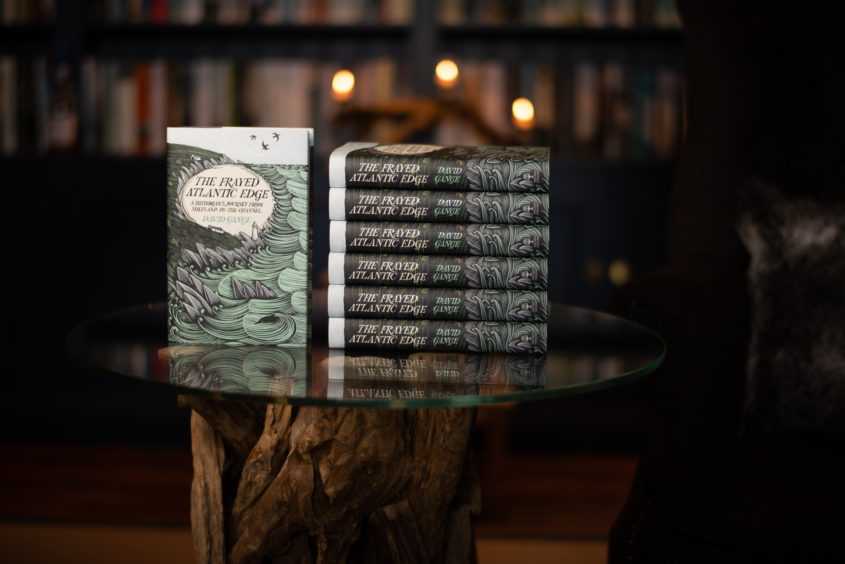 And that’s the main reason why he has chosen Shetland for the launch of his new work.

“It’s a place that’s almost never even mentioned in a history book with Britain in the title, yet it’s somewhere with a fantastically rich history that teaches us a lot about the linguistic and cultural diversity of British life – a place with unique maritime experience and unique language,” he said.

“Like many island regions, it has been undergoing a huge cultural renaissance over recent decades that makes it an amazing resource for literature, music and art. 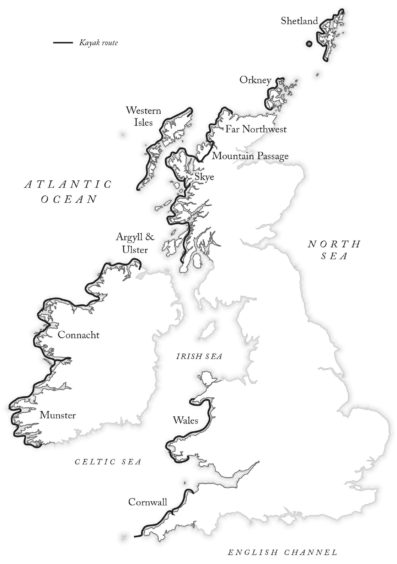 “And Shetland is one of the most beautiful and dramatic places in the world to kayak.

“I needed to actually experience the view of Britain from a small boat, moving along the enormously diverse coasts.

“The aim was to cover all the Atlantic coastlines of Britain and Ireland over the course of a year.

“The picture this gave of Britain was a unique one: a year travelling in places where English was rarely the first language – Shaetlan, Gaelic, Irish and Welsh predominating – in which seven of the twelve months were spent in Scotland.”

The event, at 7pm in Shetland Library, is free.