A man has died following a crash involving two cars a van and a lorry which closed Scotland’s busiest motorway.

Three of the vehicles caught fire in the aftermath of the collision on the M8 westbound, which happened near Livingston at 08:45 this morning.

A column of smoke could be seen over the site of the crash, but the blaze has now been extinguished. 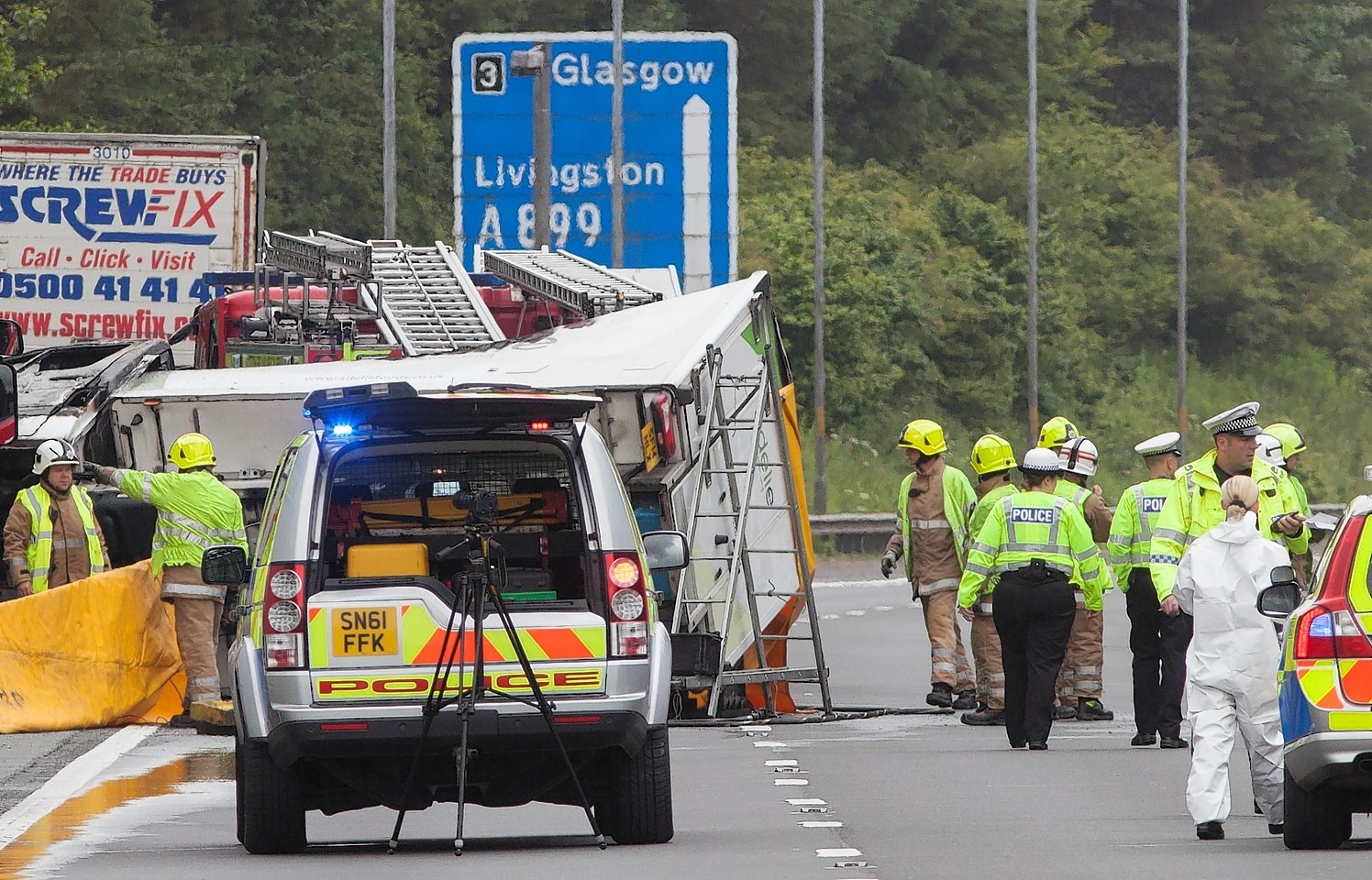 The Scottish Ambulance Service had earlier said two people had been taken to hospital.

The road remains closed between Junction 3 and 2, causing long tailbacks in the area.

A police spokesman said: “Two cars, a van and an articulated lorry were all involved in the incident, which resulted in three vehicles catching fire.

“The M8 is currently closed in both directions while emergency services are in attendance at the scene and it is due to remain closed for several hours.

“Full diversions are in place and congestion on the M8 is now starting to ease.”