The very best of live music in Scotland was celebrated at a spectacular awards ceremony recently.

Amy McDonald, Biffy Clyro, The Fratellis, and KT Tunstall among others all received gongs at the Specsavers Scottish Music Awards as they returned to a physical event this year at the legendary Barrowland Ballroom in Glasgow.

This was the third consecutive year Specsavers has been headline sponsor, and it’s not just celebrating Scottish music that encourages the opticians and audiologists to support the awards. Now more than ever, it was important to continue to support the fantastic work of Nordoff Robbins. 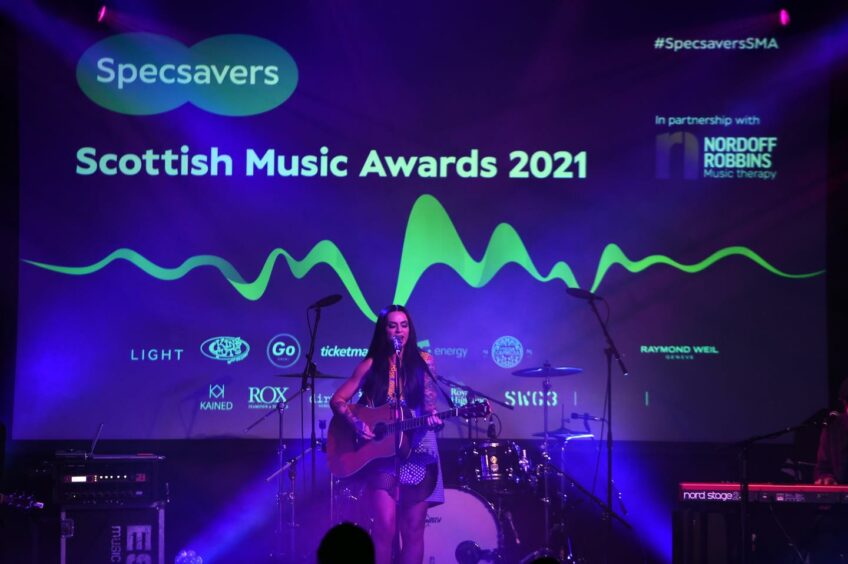 The pandemic had a massive impact on so many sectors, particularly live music and charities like Nordoff Robbins which have found it incredibly difficult to fundraise and have had to find innovative ways to encourage donations.

The impact of the pandemic

Specsavers also had to adapt during the first lockdown when staff were only able to see emergencies, with many stores across Scotland offering eye and hearing advice via video calls.

The opticians and audiologists subsequently had to implement social distancing and hygiene measures to make sure stores are as safe as possible for customers and staff and have been proud to support the communities in which they serve.

In spite of the pandemic, Specsavers stores across Scotland, plus its audiology and Home Visits services, have banded together to raise an incredible £15,000 for Nordoff Robbins.

The funds will cover the cost of more than 600 music therapy sessions in Scotland. Four organisations Nordoff Robbins works with will benefit from the donation.

Sight Scotland works with Nordoff Robbins to provide music therapy for children with a sight impairment. Most of the children have other complex disabilities and are residents in the school which is based in Edinburgh and supports children from across the country.

Calaiswood After School Club in Fife works with children and young adults with learning disabilities, autism and related conditions.

The importance of music therapy

Susanne Akil, Specsavers’ Scottish chair, says: “We were proud to once again sponsor the Scottish Music Awards and to be able to collectively donate this amazing sum of money between all of the stores in Scotland.

“We have partnered with Nordoff Robbins on the awards for several years now and are still blown away by the difference music therapy can make to the lives of so many in the country.

“It is fantastic to know that this money will fund more than 600 music therapy sessions.”

Specsavers was also pleased to partner with Nordoff Robbins on a brand new feature of the Scottish Music Awards – BSL interpreters who signed along to all the songs performed on stage as well as the spoken elements of the evening.

Susanne adds: “Not only were the BSL interpreters a huge talking point of the evening, it was really important to make sure the awards were accessible for anyone with a hearing impairment, especially as it reaches bigger audiences than ever now that the event is streamed online.”

Find out more about the work of Nordoff Robbins and find your local Specsavers store.