Police, fire and emergency services were called to the A90 Aberdeen to Dundee road at Glenbervie at about 4.30pm following reports of a crash involving a bus and two cars.

Three people died at the scene, while another was airlifted to Aberdeen Royal Infirmary.

Police last night said that in total, four people were in a serious but not life-threatening condition. 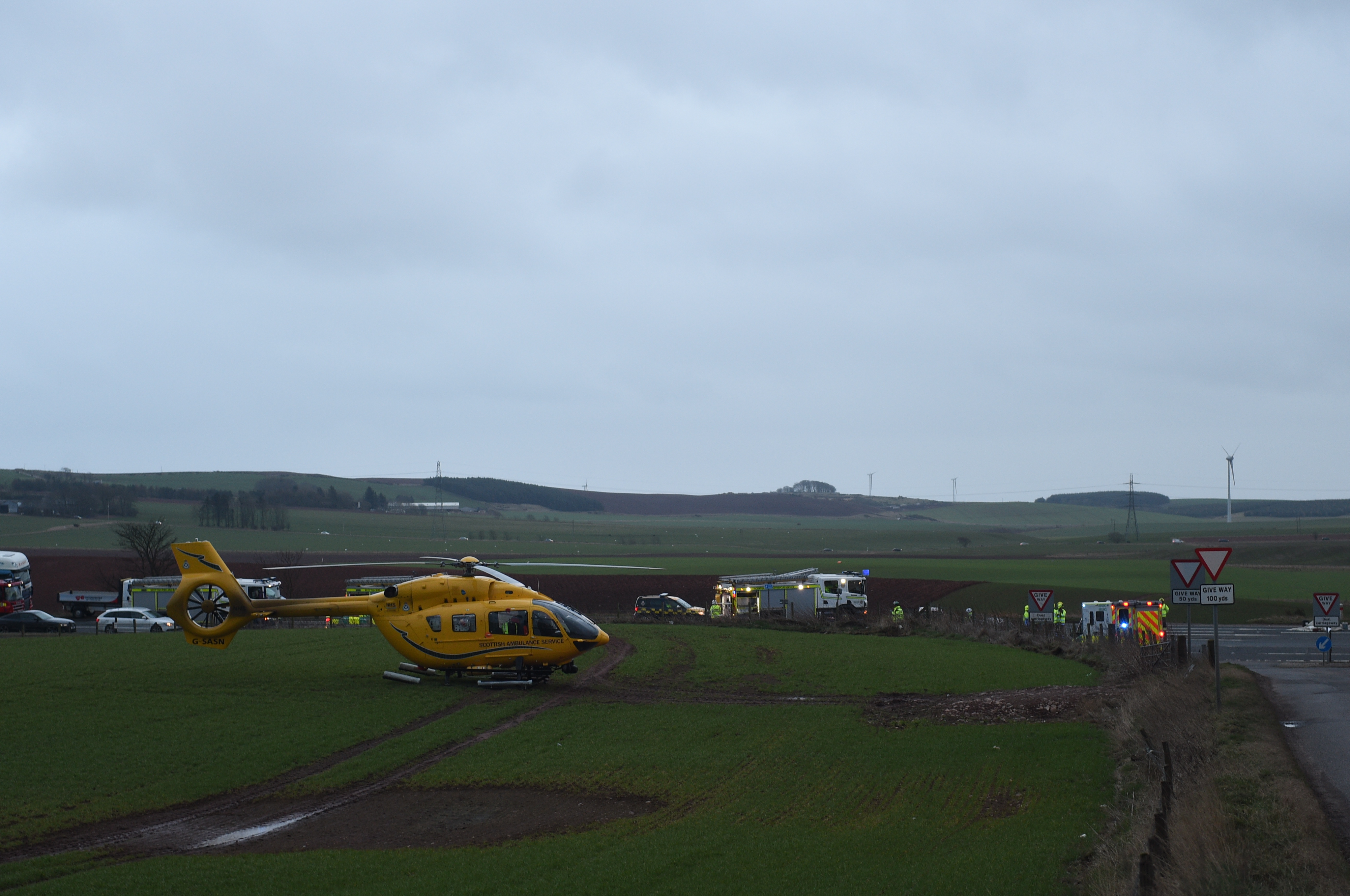 The driver of the Aberdeen-bound Scottish Citylink bus suffered minor injuries, and none of the passengers were hurt.

Dozens of firefighters attended the scene, with crews from Stonehaven, Altens and North Anderson Drive working to free the occupants of the cars.

Amid the chaos, eyewitnesses reported seeing frantic drivers performing first aid on some of the crash victims while they awaited the arrival of paramedics.

Debris could be seen strewn across the carriageway of the A90, where it meets Station Road leading to Drumlithie.

The gold-coloured coach was also left with a crumpled front and smashed windscreen.

Chief Inspector Stewart Mackie, from the roads policing team, said: “This has been a challenging incident for the emergency services to deal with and my thoughts are with the families of all those affected by this.”

Police shut the road in both directions following the crash while officers took the time to investigate the cause of the crash.

Ch Insp Mackie added: “This is likely to be a complex inquiry that will take some time and I am grateful to the public for their patience while this is carried out.”

A Scottish Citylink spokesman said: “One of our coaches travelling from Glasgow to Aberdeen was involved in a serious multi-vehicle accident this afternoon on the A90 near Glenbervie junction.

“Our immediate thoughts are for those involved in the incident.

#A90 remains ⛔️CLOSED⛔️ in both directions at Glenbervie (south of Stonehaven) following yesterday’s road crash & will remain closed during the morning commute for crash investigation work. Expect delays & follow diversion. Drivers are thanked for their patience during closure pic.twitter.com/xWkgBH2xUY

“Safety is our absolute priority and we will assist police with their inquiries into the circumstances.

“There were no reported injuries to passengers travelling on the coach and they were provided with alternative transport to take them to Aberdeen bus station.”

The road remains shut in both directions at Glenbervie this morning as police teams continue to investigate the crash site.